Meet the young doctor risking it all for Nollywood

By Jim Stenman, CNN
Updated 12:46 PM EDT, Wed May 25, 2016
Link Copied!
Uche Aguh is a budding actor and filmmaker who grew up in Nigeria and Texas.
55media
Aguh's debut film "I Still Do" is a modern-day Nigerian love story, which he also stars in.
55media
It follows a young politician (Aguh) and his wife (Chinwe A Nwokolo) whose marriage is falling apart.
55media
The film is inspired by European art-house cinema and was filmed in Düsseldorf, Germany.
55media
Aguh hopes "I Still Do" will challenge how African women see themselves.
55media

Who is Uche Aguh?

Uche Aguh grew up believing he was destined for a future in medicine.

It was a calling that even landed the Nigerian-born creative at one of the top black universities in America.

But last year, Aguh decided to take what he describes as the biggest risk of his life: “It wasn’t about quitting. It was about saving my life.”

With just one year left of medical school, Aguh found himself getting too emotionally attached to his patients.

“But those feelings were perhaps there for a reason,” says the 26-year-old, who developed a passion for acting while growing up in Nigeria.

“I couldn’t verbalize it in my household. But I would watch Nollywood films with the family, then draw the characters in my room, cut them out and reenact the whole thing.”

It seems Aguh has come full-circle since leaving his medical studies. He recently finished post-production of his debut film “I Still Do” – which he wrote, directed and even stars in.

The budding filmmaker describes it as a modern-day Nigerian love story, inspired by European art-house cinema.

“I want people to understand [my style is]… not a niche or foreign concept. People can be academic and creative at the same time.”

Aguh pulled off the project on a modest budget of €4,000, about $4,400, after finding both a cinematographer and actress through social media.

The trailer for their film has already received over 10,000 views on YouTube and the trio hopes to premiere it soon. 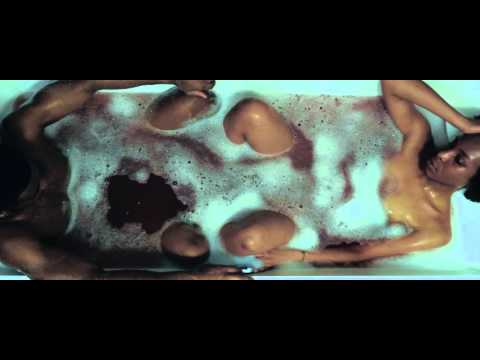 Aguh sees all of his work as a celebration of Nigerian identity, which he sometimes struggled to maintain after moving to Texas as a young boy. He now proudly identifies as “100% Nigerian” despite also holding an American passport.

Uche Aguh (on the right) with his mother and siblings in Aba, Nigeria. The family later moved to America when he was 10-years-old.
Uche Aguh

He describes his short film as a love letter to African women like his mother.

“I believe women are going to rule the world, but many lose themselves in marriage or motherhood. I want to show you can still have family and happiness at the same time.”

He knows first-hand how challenging in can be living up to the often huge expectations in Nigerian culture - a theme expressed in “I Still Do.”

Aguh admits he hasn’t spoken to his parents since deciding to pursue acting as a full-time career.

But he received a reassuring text message from his mother a few months ago saying she’d always be proud of him.

Aguh hopes the film will be “a point of healing and conversation” within his family.

His biggest hope is for them to believe in his artistic talent, which recently earned him a place at the same London acting school where popular “Star Wars” actor John Boyega, who also has Nigerian roots, honed his skills.

“I want to create a new Nollywood where young deserving filmmakers like myself, and others all around the diaspora can have the financial support of the industry to tell bold, brave and daring stories without artistic limitations.”