Hey Jude: By accident, a new spiky dinosaur is discovered 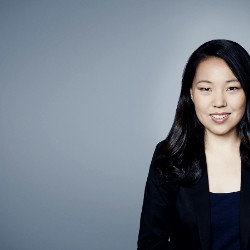 By Madison Park, CNN
Published 5:45 AM EDT, Thu May 19, 2016
PHOTO: Canadian Museum of Nature
Dr. Jordan Mallon palaeontologist with the Canadian Musuem of Nature stands with the reconstructed skull of Spiclypeus shipporum, a newly described species of horned dinosaur.
(CNN) —

At first glance, Judith, the plant-eating, horned dinosaur looks like a triceratops. But it’s really not.

It’s an altogether new species, and a dinosaur enthusiast literally stumbled upon it.

Researchers introduced the species, the Spiclypeus shipporum in the journal PLOS One.

Judith was named after the location where the fossils were found — the Judith River Formation in Montana. Despite the name, scientists do not know if Judith was male or female.

Its new scientific name Spicylpeus comes from the Latin word “spiked shield” because its head and neck had a lot of spikes. Shipporum comes from the last name of the man who inadvertently discovered the fossils – Dr. Bill Shipp.

Shipp, a retired nuclear physicist, had become increasingly more interested in paleontology after moving into the Montana area, which has been known to be rich in dinosaur fossils, according to the Canadian Museum of Nature.

In 2005, he was walking on his property with a fellow dinosaur enthusiast when Shipp spotted a protruding bone – which later turned out to be a part of Judith’s femur.

“Little did I know that the first time I went fossil hunting I would stumble on a new species,” said Shipp, in a statement.

PHOTO: PLOS One
This is the skull reproduction of the new species of dinosaur called Spiclypeus shipporum.

For two years, a team worked to excavate the scattered fossils of the dinosaur – a difficult task because Judith was buried head first on a steep slope, according to a news release. They found half of its skull, parts of its legs, hips and backbone.

Once the bones had been excavated, it took two more years just to clean them. After all, Judith had gotten wedged into the Earth after being dead for about 76 million years.

Finally, paleontologists were able to assemble the scattered bones. It helped that Judith’s skull and frill had been discovered near each other.

Judith is distinct from triceratops because of its frill – which is the bone structure around the back of the creature’s neck. The frill on Judith has bony spikes that curl forward and some of the spikes point outward.

A reconstructed skull of Judith will be on display at the Canadian Museum of Nature in Ottawa starting May 24. The museum purchased the remains from Shipp in 2015.