He urges politicians to find a solution

The artist told CNN in an interview that partisan “arguing” over gun control needs to stop and called on politicians to find “sensible and safe” solutions to the problem of gun violence.

“I don’t look at things from a Democratic or Republican position because as soon as you say, ‘I’m a Democrat and you’re a Republican’ there’s a beef right then and there,” DMC told CNN.

While many Democrats say limiting access to firearms and high-volume ammunition clips is the best way to curb gun violence, many Republicans maintain that imrproving mental health care is the most effective approach to the problem. And as Black Lives Matter activists urge action over alleged cases of police brutality, others believe that street and gang violence in cities like Chicago are the problem.

“Whether it’s a cop shooting a kid or a kid shooting a kid, we gotta look at the totality of the senseless, ridiculous, foolish violence that is polluting all of our communities,” DMC said. “So I decided to be the rock ‘n’ roll hip hop guy that wouldn’t be afraid to make a song about it because it isn’t all good in the ‘hood.” 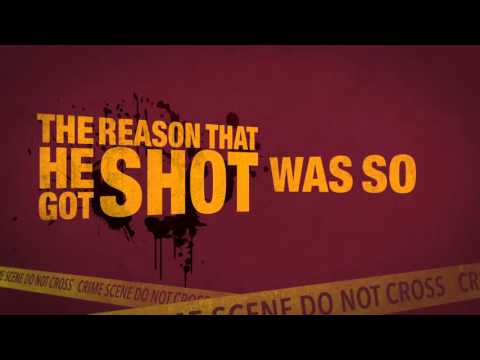 DMC, who rose to fame in the 1980s as part of the legendary rap group RUN-DMC, teamed up with Disturbed bassist John Moyer and rock front man Myles Kennedy to release “Flames” – a song that addresses issues within the black community, including police brutality and street violence. The song fuses rap and rock elements and asks, “Why does the answer always gotta be a gun?”

DMC slammed cops who “bring a gun to a knife fight” and said that police officers “could have caught these young men” or “corralled” them “without having to pull out guns and kill people.”

But he also lamented all of the gang violence in cities like Chicago and criticized politicians for not stopping the flow of illegal weapons coming into the cities.

“What I’m saying is not anti-police and it’s not … against my community. It’s about using common sense to alleviate all the problems,” DMC said.

Check out more from CNN’s “Get Political”

RUN-DMC just received rap’s first Grammy Lifetime Achievement Award and along with Rev. Run (Joseph Simmons) and Jam Master Jay, who was shot and killed in 2002, McDaniels has been making politically and socially conscious hip-hop music since the 1980s.

DMC said that when RUN-DMC and artists like Public Enemy, KRS-One, Grand Master Flash and Melle Mel made socially conscious records during the Reagan era like “The Message,” “Hard Times” and RUN-DMC’s “It’s LIke That,” “gang banging and drug dealing and teenage pregnancies and drug selling” were “running rampant” in the streets.

KRS-One gets political: What’s fake and what’s real in politics

“But because the MC’s were addressing the issues weekly, on radio, the people listening to us were getting ideas,” DMC said, lamenting the “negativity” in current hip-hop radio.

DMC said that songs like the group’s 1983 hit “It’s Like That,” helped some kids stay out of gangs.

RUN DMC, Jason Nevins - It's Like That (Official HD Video) 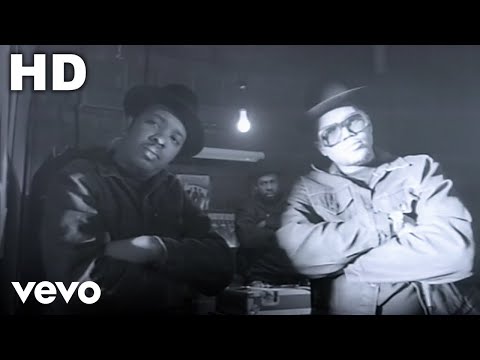 During that time poverty plagued the inner cities and there was a major crack cocaine epidemic in places like New York.

In October 1982, President Ronald Reagan declared the use of illicit drugs a national security threat and between 1980 and 1989, drugs arrests were up by 89%, according to a U.S. Department of Justice report.

In songs like their 1986 hit “It’s Tricky,” RUN-DMC address the drug epidemic: “We are not thugs (we don’t use drugs) but you assume (on your own)/ They offer coke (and lots of dope) but we just leave it alone.”

And now, as criminal justice reform is stalled in Congress, DMC, who backed Hillary Clinton in 2008, said he commends President Barack Obama’s efforts to address the issue by raising awareness and taking executives actions like commuting the sentences of drug offenders.

“I think Obama is trying to do on his way out what he wants people to do on their way in at the beginning,” DMC said. “He’s trying to set an example … he’s doing what he can and for that should be commended.”