Award-winning hip-hop artist Macklemore joined President Barack Obama in his weekly address to talk about opioid abuse in the U.S.

“Addiction doesn’t always start in some dark alley, it often starts in a medicine cabinet,” Obama said in the video, which was posted Saturday morning.

Weekly Address: A Conversation About Addiction 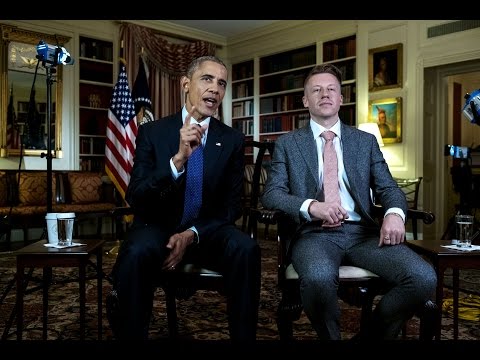 In the video, the President discusses the steps his administration has made to try and curb the country’s opioid abuse epidemic, including working with local law enforcement and citing a provision in Obamacare that requires health care coverage include treatment.

Macklemore described the problem as personal, explaining that he battled addiction and lost a friend who overdosed on pain relievers. Macklemore said he is now looking to help others facing similar challenges.

“If I hadn’t gotten the help I needed when I needed, I definitely would not be here today,” Macklemore said.

The video comes ahead of a one-hour documentary on MTV that is expected to air this summer, which will include a conversation between Obama and Macklemore, according to Macklemore’s Facebook page.

The Centers for Disease Control and Prevention says opioids – including prescription pain relievers and heroin – were responsible for 28,000 fatal overdoses in 2014. The CDC has classified the problem as an epidemic.