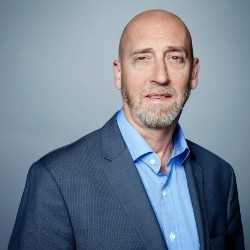 She takes over the Northern Command

It was another first for women in the military.

“It is humbling,” Robinson said at the ceremony at Peterson Air Force base in Colorado. “It is an honor. I can’t think of a more sacred responsibility than defense of the homeland. And to be able to do that and be in this level of command is unbelievable.”

Defense Secretary Ash Carter said Robinson, a four-star general, was tapped because she was the most qualified for the post and called her a “superb officer.”

“She was selected because she was the most qualified officer,” Carter said. “I hope that the excellence she represents is an inspiration to women to join our armed forces.”

Being a combatant commander is a prerequisite for serving as chairman of the Joint Chiefs of Staff, making her the first woman who could qualify for that spot.

Carter announced in March that he had recommended Robinson for the position to President Barack Obama.

At the time, the defense secretary described her as having “very deep operational experience,” “very good managerial experience” and, it “just so happens, would also be the first female combatant commander.”

Robinson, who had most recently serve as commander of Pacific Air Forces, had long been talked about as a possibility for the position.

Robinson first entered the Air Force in 1982 and became an air battle manager, which are responsible for command and control of aircraft in air battle space.