There's a long history of opioid addiction in the United States

Does race impact the way we treat heroin addiction? Lisa Ling asks that question on “This Is Life” Sunday, October 16 at 10 p.m. ET on CNN.

The abuse of opioids, including prescription painkillers and drugs like heroin, is something the United States has struggled with since before the 1900s. But it’s a problem that keeps coming back.

Now, federal agencies are trying to tackle the problem in different ways. The Centers for Disease Control and Prevention recently issued guidelines for prescribing opioids for chronic pain, part of an effort to push doctors to prescribe pain medications responsibly. The U.S. Food and Drug Administration announced that immediate-release opioid painkillers such as oxycodone and fentanyl will now have to carry a “black box” warning about the risk of abuse, addiction, overdose and death.

To understand how we got to this current epidemic, let’s take a look back.

Early 1900s: Morphine and the creation of pain management

Civil War veterans whose injuries were treated with morphine were among those hooked on opioids at the turn of the century. But “drugs were already on the scene and being consumed at alarming rates long before the start of the war,” said Mark A. Quinones, a scholar who studied drug abuse during the Civil War.

In 1898, the Bayer Co. started production of another opioid, heroin, on a commercial scale. From its first clinical trials, it was considered a “wonder drug,” and its use spread as addicts discovered that its effects could be amplified by injecting it.

Doctors must lead us out of our opioid abuse epidemic

Kimberly Johnson, director of the Center for Substance Abuse Treatment at the Substance Abuse and Mental Health Services Administration, said that in the early 1900s, there wasn’t much known about these poppy derivatives. Drugs like heroin were used as cough suppressants.

“They are effective pain relievers, and that’s what they were being used for,” Johnson said. “There weren’t many other options.”

In 1914, the Harrison Narcotics Tax Act imposed a tax on those making, importing or selling any derivative of opium or coca leaves. By the 1920s, doctors were aware of the highly addictive nature of opioids and tried to avoid treating patients with them. Heroin became illegal in 1924.

World War II was a turning point for physicians treating pain as doctors worked to treat severely injured soldiers. Anesthesiologists opened “nerve block clinics” in the 1950s and 1960s to manage pain without having to resort to surgery, according to a history published in the Journal of the American Medical Association in 2003.

Drug use in the United States escalated so much in the 1970s that President Gerald Ford set up a task force to study the problem. It recommended that the Drug Enforcement Administration and the Customs Service focus less on intercepting marijuana and cocaine traffickers and more on heroin.

By the mid- and late-1970s, when Percocet and Vicodin came on the market, doctors had long been taught to avoid prescribing highly addictive opioids to patients.

Should you or shouldn't you? A patient's guide to painkillers

But an 11-line letter printed in the New England Journal of Medicine in January 1980 pushed back on the popular thought that using opioids to treat chronic pain was risky. In it, Jane Porter and Dr. Hershel Jick mentioned their analysis of 11,882 patients who were treated with narcotics. They wrote that “the development of addiction is rare in medical patients with no history of addiction.”

Jick told the Washington Post in 1977 that less than 1% of patients he studied died from a reaction to the drugs: “I think very serious adverse reactions are about as infrequent as one could possibly expect given the enormous amount of exposure to drugs.”

Patients with terminal illnesses started being treated more with prescription opioids, and doctors and researchers wanted to look at treating patients with chronic pain.

Six years later, a paper by pain-management specialist Dr. Russell Portenoy chronicled 38 patients treated with opioids for non-cancer pain. Two of them had issues with addiction to the drug, but he concluded that “opioid maintenance therapy can be a safe, salutary and more humane alternative” to surgery or to not treating a patient with chronic pain.

The studies by Portenoy and others created a discussion in the ’90s around making pain treatment a priority for all patients. Johnson, of the Center for Substance Abuse Treatment, said that after a heroin epidemic in the 1970s, doctors were concerned about abuse of opioids in the ‘80s, but things started to shift in the ‘90s.

“People started talking about pain as the fifth vital sign,” Johnson said. “There was a real push to do a better job of treating pain.”

Purdue Pharma started testing OxyContin as a long-term painkiller in 1994, and it went on the market in 1996.

In 1998, Purdue Pharma created a video promotion called “I Got My Life Back.” It followed six people who suffered from chronic pain and were treated with OxyContin. The company distributed (PDF) 15,000 copies of the video to be used in in “physician waiting rooms as a ‘check out’ item for an office’s patient education library.”

Opioids for Chronic Pain: Addiction is NOT Rare 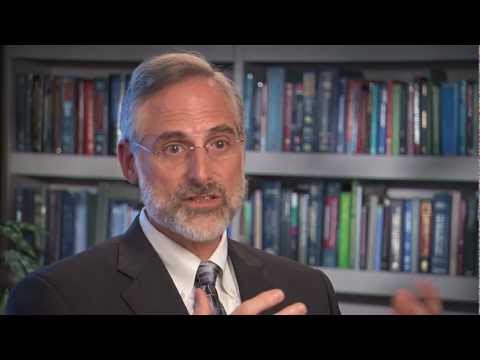 “They don’t wear out; they go on working; they do not have serious medical side effects,” a doctor featured in the video said. “So, these drugs, which I repeat, are our best, strongest pain medications, should be used much more than they are for patients in pain.”

A year after the video came out, the overall number of opioid painkiller prescriptions filled jumped by 11 million.

Purdue Pharma took out ads for OxyContin in medical journals across the nation in 2000. Seven years later, the company and three of its executives would be charged with misbranding its drug and downplaying the possibility of addiction. Three executives pleaded guilty, and the company settled with the U.S. government for $635 million.

A spokeswoman for Purdue Pharma said that the company’s products represent “less than 2% of all opioid prescriptions” and that Purdue has led the industry in creating medicines with abuse-deterrent properties.

“Opioid abuse and addiction is one of our top national health challenges, and that’s why for more than a decade Purdue Pharma has undertaken efforts to help address this crisis,” the company said in a statement.

Making pain treatment a priority came to the attention of the Joint Commission, a nonprofit that sets standards and accredits hospitals and medical centers.

The group created this standard in 2001: “Pain is assessed in all patients.” Medical centers and their doctors were required to examine their patients’ pain levels – and the Joint Commission would give hospitals “requirements for Improvement” if they failed to meet this standard.

Though the standard makes no mention of treating pain with drugs or even mentioning opioids as a treatment, the Joint Commission printed a book in 2000 for purchase by doctors as part of required continuing education seminars. The book cited studies that claimed “there is no evidence that addiction is a significant issue when persons are given opioids for pain control.” It also called doctors’ concerns about addiction side effects “inaccurate and exaggerated.” The book was sponsored by Purdue Pharma.

“There is no doubt that the widely held belief that short-term use of opioids had low risk of addiction was an important contributor to inappropriate prescribing patterns for opioids and the subsequent opioid epidemic,” Baker said in an emailed statement. “The Joint Commission was one of the dozens of individual authors and organizations that developed educational materials for pain management that propagated this erroneous information.”

The Joint Commission removed its standard to assess pain in all patients in 2009.

The makers of OxyContin released a newly formulated version of the drug – one with an “abuse deterrent” – with the hope of making make it more difficult to crush and abuse by snorting or injecting it.

A study published in the New England Journal of Medicine surveyed more than 2,500 people who used OxyContin before and after safety measures were added. It found that before the anti-abuse measures were put in place, 35.6% of people questioned admitted abusing the drug. Nearly two years after the deterrent was added, that number dropped to 12.8%. But 24% of those surveyed still found a way defeat the tamper-resistant properties of the medicine.

NORWICH, CT - MARCH 23: Oxycodone pain pills prescribed for a patient with chronic pain lie on display on March 23, 2016 in Norwich, CT. Communities nationwide are struggling with the unprecidented opioid pain pill and heroin addiction epidemic. On March 15, the U.S. Centers for Disease Control (CDC), announced guidelines for doctors to reduce the amount of opioid painkillers prescribed, in an effort to curb the epidemic. The CDC estimates that most new heroin addicts first became hooked on prescription pain medication before graduating to heroin, which is stronger and cheaper. (Photo by John Moore/Getty Images)
John Moore/Getty Images North America/Getty Images

Opioids and overdoses: 4 things to know

“Most people that I know don’t use OxyContin to get high anymore,” one opioid user said in the study. “They have moved on to heroin [because] it is easier to use, much cheaper and easily available.”

The study also showed that 66% of those surveyed switched to other opioids. Still, makers of some of the other opioid drugs on the market maintain that their products are safe.

“We manufacture and develop high-quality products that are safe and effective when used as prescribed by physicians,” a spokesman said in an emailed statement.

Portenoy, the doctor who wrote one of several studies that claimed there was little risk of addiction in using opioids to treat chronic pain, spoke out about his own role in the epidemic.

“What I was trying to do was create a narrative so that the primary care audience would … feel more comfortable about opioids in a way they hadn’t before. In essence, this was education to destigmatize, and because the primary goal was to destigmatize, we often left evidence behind,” Portenoy said.

“Clearly if I had an inkling of what I know now then, I wouldn’t have spoken in the way that I spoke. It was clearly the wrong thing to do.”

March 2016: ‘We know of no other medication … that kills patients so frequently’

The FDA and CDC have started taking steps to address the opioid abuse epidemic. In March, CDC Director Dr. Tom Frieden wrote in the New England Journal of Medicine that there still aren’t enough data about long-term use of prescription opioids.

But, he wrote, “We know of no other medication routinely used for a nonfatal condition that kills patients so frequently.”

He shared some information gathered from studies on prescription opioids used to treat pain long-term: