Jackson and Prince were born the same year

They had very different backgrounds but much in common

They were born the same year and rose to colossal fame in the 1980s. Each defined a sound for a generation. They were both committed musicians who helped to integrate the world of mainstream music videos.

Prince and Jackson were intensely private, almost otherworldly. They often retreated into their homes, which were really compounds that let them close off the world.

In death – Prince last month, Jackson in 2009 – the two are finally more closely linked in one way: Their deaths were shocking, untimely and tragic.

The shy guy and the bad boy

Soft-spoken and childlike, Michael Jackson came from a large family of entertainers as famous as he was. He was – initially – devoutly Jehovah Witness.

Prince, born Prince Rogers Nelson, was a child of divorce who shared a love of music with both his jazz artist parents and his sister Tyka Nelson.

Jackson grew up in the spotlight in Los Angeles, a child TV star known by millions. Prince grew up in Minneapolis, a shy, musical child who played in the local dance band, Grand Central, in seventh grade.

“I was born here, unfortunately,” a then-teenaged Prince told his school newspaper about his band in 1976. “I think it is very hard for a band to make it in this state, even if they’re good. I really feel that if we would have lived in Los Angeles or New York or some other big city, we would have gotten over by now.”

Prince would eventually sign a record deal at the age of 18.

By the time Jackson was 18, he and his brothers were releasing their 13th studio album, “The Jacksons,” and MJ was just a few years from going solo.

Jackson was the reigning King of Pop courtesy of his “Thriller” album, when Prince’s “Purple Rain” film and soundtrack began to soar in 1984.

Prince had already found fame with his “1999” album and was being called “the new Jimi Hendrix” for his talent as a guitarist. His lyrics were suggestive and he was as sexually in your face as Jackson was clean cut. 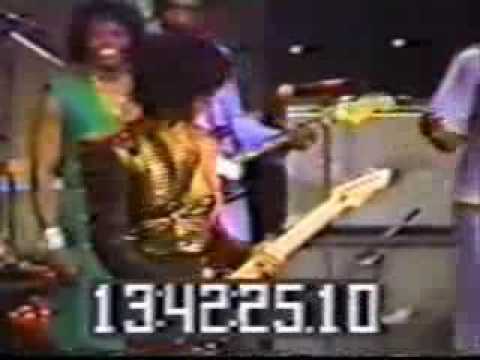 Steven Hyden is the author of “Your Favorite Band Is Killing Me: What Pop Music Rivalries Reveal About the Meaning of Life.” In an interview last week he said Jackson and Prince both denied that there was ever any real rivalry between them, though they were both extremely competitive.

“I think that they did motivate each other,” Hyden said. “They were both such outsized personalities and for both of them playing into the rivalry was good PR.”

In the 1980s, a story made the rounds that Prince declined to participate with Jackson and many other stars in the charity recording of the song “We Are The World.” “Michael Jackson looked like a saint and Prince looked like a guy who didn’t care about starving children,” Hyden said.

They were each energetic showmen who drew comparisons to the hardest working man in showbiz who they once joined onstage together – James Brown.

And as their careers rose, the 1980s were giving birth to another phenomenon: MTV.

Jackson was the first to kick the music video door open. His stylized videos for “Thriller” were like mini-movies and soon became some of the most popular on MTV. Prince’s “Purple Rain” videos likewise helped blaze the trail for other artists of color to be seen around the world.

Both artists were savvy businessmen, but they took different approaches to mega-stardom.

Jackson snapped up the Beatles song catalog and ultimately made millions off it. He knew how important record sales were to his success as a pop star.

“Thriller” remains one of the best selling albums of all time. In 2015 it became the first album to go platinum 30 times, and Jackscon was credited with more than 1 billion album sales during his career.

Prince was less conventional in how he dealt with the business.

Kim Berry, his hairstylist of almost 30 years, told CNN he loved going around record labels to show he didn’t need them to get his tunes out. Once he distributed CDs in Sunday newspapers.

He famously scrawled “Slave” on his face while locked in a dispute with his record label and fought hard for the rights to his master recordings.

Prince, who sold more than 100 million records in his lifetime, made some records that were decidedly not big sellers.

“Michael Jackson was a person who openly courted commercialism. He wanted to sell records,” Hyden said. “Then you had Prince, who had ‘Purple Rain’ and then puts out these records after that were not very commercial.”

In the end, their lives and careers were in very different places, but both died surrounded by tragedy and mystery.

When Jackson died of acute propofol and benzodiazepine intoxication, his career had been stained by earlier accusations that he molested boys. Jackson vehemently denied that he was a pedophile, and in 2005 he was found not guilty of 14 criminal charges connected to accusations he had molested a boy.

At the time of his death Jackson was poised to start a tour that was supposed to be his comeback and help pull him out of debt. Instead he suffered cardiac arrest at the hands of his doctor in an attempt to get sleep.

It’s not yet known what caused Prince’s death.

The Bad Boy, known for his raunchy lyrics and love affairs, had publicly transformed himself into a devout Jehovah Witness – ironically, the religion of Jackson’s youth. Prince told Rolling Stone magazine last year that he was celibate.

In the weeks since Prince’s death, people who loved his music struggle to come to terms with reports that opiate drugs may have played a part in his death.

Like Jackson, his death also came amid a tour: Prince died one week after performing two shows as part of his “Piano & A Microphone Tour” in Atlanta.

The deaths of two big music industry celebs at such a young age naturally draws comparisons. But when the pair is Prince and Michael Jackson, who had so much talent and so much in common, the grief burns as red hot as did their stars.