Get off my song! Stones to Trump​

Donald Trump played songs like 'Start Me Up' at his rallies

Others also asked Trump to stop playing their music

Donald Trump can’t always get what he wants.

The Rolling Stones are the latest band to ask Donald Trump, the presumptive Republican presidential nominee, to stop playing their music during his campaign events and rallies.

“The Rolling Stones have never given permission to the Trump campaign to use their songs and have requested that they cease all use immediately,” the British band’s publicist, Fran Curtis, told CNN in a statement Thursday.

Rockers vs. GOP: Long out of tune

Trump, asked about it on CNBC Thursday, said: “I have no problem with that. I like Mick Jagger.”

Trump played the legendary band’s “Start Me Up” after his decisive win in the Indiana Republican primary Tuesday night. 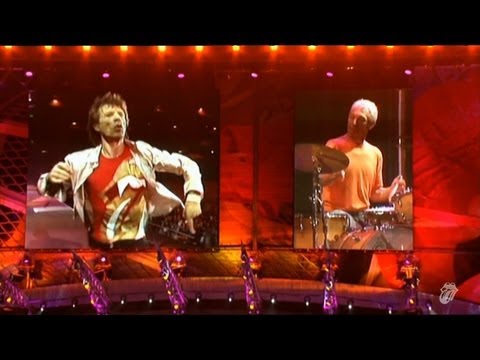 Trump also played other tracks such as “You Can’t Always Get What You Want” at events since announcing his presidential bid about a year ago.

At a rally in West Virginia Thursday night, however, “You Can’t Always Get What You Want” was played repeatedly before his speech began. Trump walked out to John Denver’s “Take Me Home,” which references West Virginia in the lyrics, but after his speech concluded, he played “Start Me Up” as people were filing out of the venue.

A message left with the band’s representatives for comment after Trump’s West Virginia rally was not immediately returned.

The Stones are not the first group to ask Trump to stop playing their songs.

In February, British singer Adele objected to Trump playing her songs, including “Skyfall” and “Rolling in the Deep,” at his rallies and a spokesperson for the British singer told CNN: “Adele has not given permission for her music to be used for any political campaigning.”

Trump was defiant in October after receiving a cease-and-desist letter from Aerosmith frontman Steven Tyler, asking the billionaire mogul not to play “Dream On” at his rallies.

Trump played the song anyway, but then tweeted that he has “a better one to take its place!”

Even though I have the legal right to use Steven Tyler’s song, he asked me not to. Have better one to take its place!

Steven Tyler got more publicity on his song request than he’s gotten in ten years. Good for him!

R.E.M. frontman Michael Stipe blasted Trump in September for playing “It’s the End of the World as We Know It (And I Feel Fine)” on the campaign trail.

And last July, Trump got into a war of words with rock singer Neil Young, after he asked Trump to stop playing “Rockin’ in The Free World” at his rallies.

.@Neilyoung A few months ago Neil Young came to my office looking for $$ on an audio deal & called me last week to go to his concert. Wow!

“Donald Trump was not authorized to use ‘Rockin’ In The Free World’ in his presidential candidacy announcement,” a statement from Young’s management company said. “Neil Young, a Canadian citizen, is a supporter of Bernie Sanders for President of the United States of America.”