By Deena Zaru, CNN
Updated 9:00 PM EDT, Wed August 16, 2017
Ad Feedback
Video Ad Feedback
Climate Crisis
science of climate change explainer orig_00002206.jpg
Now playing
01:45
Scientists: Climate change is happening
The light house along Canal Park, a popular tourist destination, guides ships into the harbor
McKenna Ewen
Now playing
08:11
This Midwest city is becoming a safe haven for climate refugees
Steve Gray stands outside his home in Gillette, Wyoming. He called CNN concerned that, following the election of President Biden, that Gillette could become a "ghost town." He says he was laid off from an oil field job in 2015, then subsequently from another job in oil and then one in coal last year.
McKenna Ewen
Now playing
09:21
In the energy capital of the US, the coal trains aren't running
Now playing
05:53
The climate crisis is taking these farmers' most valuable resource
CNN
Now playing
03:29
Meet teen climate activist Greta Thunberg
A banner at the inaugural Earth Day, New York City, 22nd April 1970. Earth Day is held annually to raise awareness of environmental issues. (Photo by Archive Photos/Getty Images)
Archive Photos/Getty Images
Now playing
03:56
See how the climate crisis has impacted Earth
Now playing
02:30
The Road to Change: America's Climate Crisis
Now playing
03:01
What we can learn from Covid-19 for the climate crisis
Now playing
03:18
Climate crisis in Alaska is impacting the entire world
Now playing
02:12
Why can't we seem to care about the climate crisis?
Now playing
03:39
Britain's puffins could disappear if goal isn't met

On the eve of Earth Day, environmental activist Bill Nye told CNN that while everybody is more aware of climate change “than ever before,” we still have a long way to go.

The science educator and engineer, who became an icon on his 1990s hit show “Bill Nye the Science Guy,” criticized the Republican presidential candidates and the fossil fuel industry for not acknowledging the deleterious effects of climate change. 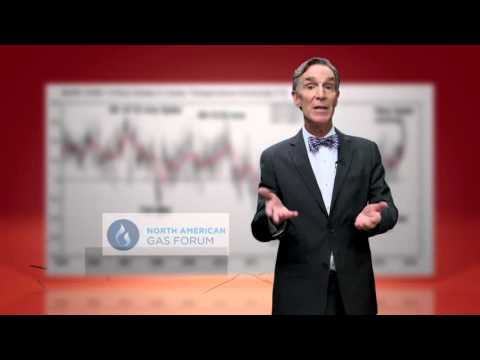 “There’s still a very strong contingent of people who are in denial about climate change,” Nye said. “And if you don’t believe me, look at the the three people currently running for president of the world’s most influential country who are … climate change deniers,” Nye said, referring to the three Republican presidential candidates: Donald Trump, Ted Cruz and John Kasich.

Kasich, the Ohio governor, did say climate change is occurring and humans contribute to it, but said the Environmental Protection Agency should not regulate emissions.

Check out more from the “Get Political” series

Meanwhile, the Texas senator and the billionaire mogul disagree with the vast majority of scientists who say the earth is getting warmer and human activity has contributed to the heating climate.

Trump, who has been outspoken on the issue on Twitter, once claimed “The concept of global warming was created by and for the Chinese in order to make U.S. manufacturing non-competitive.”

“If only there were 60 people we could just track down who are responsible for everything being screwed up that would be great, but that’s not how it is,” Nye said. “The world’s getting warmer because there’s 7.3 billion people tying to live the way we live in the developed world … by continuing to burn fossil fuels.”

Weighing in on the spat between Democratic candidates Hillary Clinton and Bernie Sanders, in which Sanders accused the Clinton campaign of taking money from the fossil fuel industry, Nye said that although he is not familiar with the finances of either campaign, everyone burns fossil fuels. 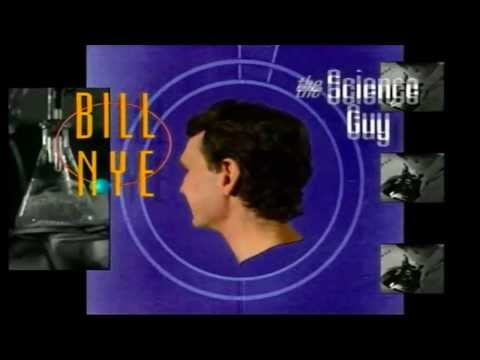 A Washington Post-ABC News poll, conducted ahead of the 2015 United Nations Conference on Climate Change in Paris, found that climate change continues to divide Democrats and Republicans.

“I think it’s a partisan issue, if I understand it, because the conservatives have decided to embrace money from the fossil fuel industry,” Nye said.

But Nye, who recently authored the book, “Unstoppable: Harnessing Science to Change the World,” predicted that shifting demographics will eventually force politicians to acknowledge climate change and address it.

“Don’t be surprised after the conservatives or the Republicans pick somebody, that person will say that he or maybe even she accepts the reality of climate change and wants to do something about it,” Nye said. “And the reason he would do that is that they need millennial voters.”

Many of those millennials grew up watching “Bill Nye the Science Guy,” which ran from 1993-1998 and won 19 Emmy Awards during its five-season run.

“I love science. I love using science to solve problems and make things and I was born in the U.S. to two veterans of World War II,” Nye said. “I am naturally patriotic – I can’t help it – so I want the U.S. to lead the world in addressing climate change.”

Nye is still passionate about sharing his enthusiasm for science with America’s youth and is doing so as the CEO of the Planetary Society.

“What we do at the Planetary society is get people excited about outer space,” Nye said. “We want everyone in the world to know the cosmos and our place within it.”