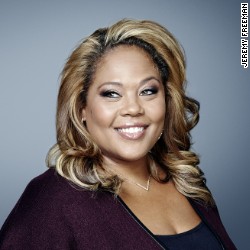 Setmayer: How will he deal with upcoming Pennsylvania primary, where 54 out of the 71 delegates are completely unbound?

Editor’s Note: Tara Setmayer is former communications director for Rep. Dana Rohrabacher, R-California, and a CNN political commentator. Follow her on Twitter @tarasetmayer. The opinions expressed in this commentary are solely those of the author.

Donald Trump’s dominant win in New York had been a forgone conclusion for weeks. Trump’s home state win marked the first time he’d accumulated over 50% of the primary vote in any state thus far. For such a big win, his victory speech was relatively low key: short, sweet and on message. For Trump, that is.

He threw in a few vague policy issues like repealing Obamacare and Common Core, things we hadn’t heard in a while. Clearly Trump’s recent staff shake-up to elevate seasoned campaign veterans like Paul Manafort is having an effect on Trump’s behavior as a candidate. Noticeably absent this time were the petty insults and incoherent rants of the past. No trays of steaks and bottled water, as in his infamous hourlong infomercial speech March 8.

But Trump did, of course, repeat his accusations of the delegate selection system within the GOP as “rigged” and “crooked.” He said, “It’s nice to win delegates with votes. … Nobody should take delegates and claim victory unless they got them from voters and voting.”

He even sympathized with Bernie Sanders, who Trump said he has seen “win, win, win, and … they say he has no chance of winning, so they have their superdelegates; the Republican system is worse.” It’s important to note that Democrats’ superdelegate system includes unelected party insiders, unlike the GOP. Isn’t that interesting?

But Trump, in his New York victory lap, conveniently left out that the state is one of the least “democratic,” states, by Trump’s definition, in the way it selects delegates. The establishment party bosses actually do control selection of all the delegates in New York. Rules were changed after the 2012 election to do away with delegate slates filled by candidates’ choices, in favor of state party officials handpicking their people. Plus, all those delegates are only bound to the primary winner — Trump – on the first ballot.

Related Article Democrats are the real winners in New York

But mum is the word from the Trump camp. Perhaps that’s because 30-plus GOP county chairs (out of 62 in the state) with influence over who gets chosen as delegates are public Trump supporters. Now the “rigged” system is OK. Talk about hypocrisy.

Trump only whines about the “crooked” system when it doesn’t favor him. To this point, Trump has benefited from rules that have awarded him 45% of the delegates when he’s only won 37% of the vote. There was no mention of a rigged system after Trump won other caucus states, like Nevada, Kentucky and Hawaii. Are those delegates pawns of the establishment? Are they corrupt? Why no protests in those states?

Trump is creating chaos to delegitimize the system and distract from his own campaign’s inadequacies in the event he doesn’t secure enough pro-Trump delegates to the convention to reach a majority prior to Cleveland.

Trump and his acolytes in the media have been screaming bloody murder over Colorado and Wyoming’s decision to hold state conventions over a primary to select delegates simply because he’s been losing the recent delegate battle to Cruz’s superior, grass-roots operation. Colorado and Wyoming were far from “voterless victories” for Cruz. Every registered Republican had the opportunity to participate in the caucus process to select delegates at the precinct level. Not so in New York.

Will Trump kick and scream about how unfair New York’s selection process is now that he’s won the state primary? Will his lackeys like political strategist Roger Stone call for a march on Albany to “stop the steal” like they did in Colorado and are planning to do in upcoming Pennsylvania? I wouldn’t hold my breath.

We’ll see how Trump handles Pennsylvania, where 54 out of the 71 delegates up for grabs are completely unbound, regardless of the outcome of the primary vote.

Trump’s politically expedient, feigned outrage over the process at this point in the election cycle is intellectually dishonest. However, it does provide red meat for his supporters and political cover to play the victim if he doesn’t win the nomination on the first ballot. The saga continues.