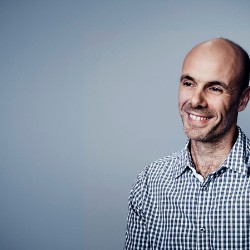 Editor’s Note: For full coverage of the British royal family, head to cnn.com/royals

The Duke of Cambridge has paid tribute to Queen Elizabeth II on her 90th birthday for helping him cope with the loss of his mother, Diana, Princess of Wales.

“She’s been a very strong female influence,” Prince William said on Sky News. “And having lost my mother at a young age, it’s been particularly important to me that I’ve had somebody like the Queen to look up to and who’s been there and who has understood some of the more, um, complex issues when you lose a loved one.”

Diana died in 1997 in a Paris automobile crash.

William also recalled an incident when his grandmother chastised him when he got into trouble with his cousins Peter and Zara Phillips while driving an all-terrain bike in Scotland.

He said: “We were chasing Zara around who was on a go-cart, and Peter and I managed to herd Zara into a lamppost. And the lamppost came down and nearly squashed her, and I remember my grandmother being the first person out at Balmoral running across the lawn in her kilt.

“(She) came charging over and gave us the most almighty b****cking, and that sort of stuck in my mind from that moment on.”

How is the Queen celebrating?

Last year, the Queen gained the title of Britain’s longest-ever reigning monarch. On Thursday, she achieved another milestone as the nation’s first sovereign to celebrate her 90th birthday.

She plans to mark the day with a walkabout near her main residence in Windsor, west of London, before lighting a beacon relay in the evening.

READ: Everything you need to know about Britain’s royals

Later in the summer, formal celebrations will be held to mark her “official birthday,” culminating with a national service of Thanksgiving at St. Paul’s Cathedral and a giant picnic outside Buckingham Palace for 10,000 guests.

On Wednesday, the monarch’s celebrations began with another first: an official photograph of four generations of royals, featuring three future kings posing at Buckingham Palace. The image of the Queen, and Princes Charles, William and George will be on special stamps issued to mark the Queen’s life.

READ: What’s in Her Majesty’s wardrobe?

It’s a milestone for 2-year-old Prince George, who makes his “stamp” debut, his first of many to come, pictured standing on a stack of blocks for a boost.

In contrast to the 64 years of service carried out by his grandmother, Prince William answered criticism in a separate interview of his commitment to royal duties – he’s been called “Workshy William” by some UK media – saying he is willing to take on more responsibility when the time comes.

“I take duty very seriously. I take my responsibilities very seriously,” he told the BBC. “But it’s about finding your own way at the right time and if you’re not careful duty can sort of weigh you down an awful lot at a very early age and I think you’ve got to develop into the duty role.”

READ: What do you buy the woman who has everything?