What were you thinking “Saturday Night Live”? That’s what a lot of fans – and mothers of addicts – are saying after a sketch on this weekend’s show featured a fake drug commercial for “Heroin AM,” an option for people “who want to use heroin” but also “get stuff done.”

In the commercial, actress Julia Louis-Dreyfus plays a school-bus-driving mama who says she can “get jacked on scag, and then get to work.” The spoof showcases the product in a box that makes it look like an over-the-counter medicine. It’s “now available in gummy bears, which you can melt down and inject,” says Louis-Dreyfus’ character. 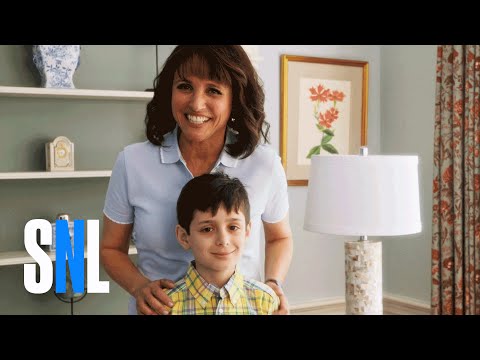 “I would think after the loss of John Belushi, Chris Farley and other beloved members of your cast that you would have realized that heroin addiction is about as funny as genocide, but judging by your show last night I’d have to say, apparently not,” said Maureen Cavanagh, the founder of Magnolia New Beginnings, a support group which helps people find treatment and comforts families coping with the loss of a loved one from drug addiction.

“You have just attempted to make a serious health epidemic into a joke and it is nothing less than disgusting. Apologize and make it right,” she wrote on her group’s Facebook page.

Have to say I'm pretty bummed at @nbcsnl "Heroin AM" skit. Kinda of an FU from some people I really love. #SNL pic.twitter.com/79TvQirYwu

Tom Farley Jr., Chris Farley’s brother and author of “The Chris Farley Show,” took to Twitter to say he was “pretty bummed” by the sketch and was upset because it came from people he said he loves.

The sketch comes at a time when overdose deaths from opioids, which include heroin as well as prescription drugs like oxycodone and hydrocodone, remain the leading cause of unintentional death for Americans, climbing 14% from 2013 to 2014, according to the Centers for Disease Control and Prevention. Every 19 minutes someone dies from an opioid overdose.

Being an addict's mom: 'It's just a very, very sad place'

Debbie Gross Longo, a member of the Magnolia New Beginnings Facebook community whose son is battling heroin addiction, said via email that the SNL sketch “totally crossed the line.”

“There is nothing comical about a child suffering with addiction,” said Gross Longo, whom I interviewed two years ago. “Unfortunately, we have a grieving site where mothers can talk to each other about the worst pain imaginable, the loss of their child. Many are younger then 25. You have the nerve to think heroin is comedy. … Our mothers are livid and demand a formal apology,” she said, adding that the Magnolia New Beginnings Facebook community had over 5,000 signatures and climbing as of Monday morning on a petition calling for NBC to publicly apologize.

ACI, a New York City-based drug treatment provider, called for an apology and a boycott of “Saturday Night Live.”

“We realize that the show is geared to humor and good fun, but drug addiction and anything related to it is just too serious to be taken lightly.” said Warren Zysman, chief executive officer of ACI, in a statement.

Other viewers took to the SNL Facebook page to complain.

Danile Montalbano, 23, went missing in April and is believed to have drowned to death.
courtesy Barbara Theodosiou

“Do you know how much it hurts when you lose someone who means the world to you to this evil monster?” wrote one Facebook poster. “I’ll never watch this show and I know there are a lot more who feel this way. Bet you’re going to lose a lot of viewers over this one and those you don’t are ignorant.”

Making fun of the #heroin epidemic is bad satire #snl. If you were poking the drug companies, the families are the ones who felt it.

Said a Twitter user, “Making fun of the #heroin epidemic is bad satire #snl. If you were poking the drug companies, the families are the ones who felt it.”

One man's road from heroin to hope

As someone from a family that has and continues to battle addiction, and as someone who has reported on the impact heroin addiction has had on families, I find it impossible to understand the humor behind the “Heroin AM” sketch.

Those who think the sketch was perfect say those of us who don’t get it are missing the point.

“See, the humor in the sketch is that the hell dust is being peddled by middle-aged suburban white parents, which ironically is a large portion of those abusing heroin,” wrote Paul Sacca on the site BroBible. “A doctor prescribes a person an opiate painkiller, the person becomes addicted. They can’t get another prescription or realize that street heroin has nearly the same chemical composition and effects, yet cheaper. Then Mr. Smith, your mailman, becomes a heroin addict who can’t get chiva into his veins fast enough.”

He added, “You are completely allowed to tackle a sensitive and heartbreaking subject through comedy.”

What do you think? Do you think the SNL sketch on heroin crossed the line? Share your thoughts with Kelly Wallace on Twitter @kellywallacetv.