Women freed from prison fight to clear their names

It was an allegation that stunned the San Antonio community in the mid-1990s.

Did four young adult women rape two little girls, and if so, why?

It was the beginning of a nightmare for the women who would become known as the “San Antonio Four.” Elizabeth Ramirez, Kristie Mayhugh, Cassandra Rivera and Anna Vasquez were all convicted and sentenced to prison after jury trials in 1997 and 1998.

They maintained their innocence from the beginning.

But to say this has been a long road for the women does not do justice to what they say they have endured.

Learn how the @SanAntonioFour took on a flawed justice system and reclaimed their innocence. https://t.co/az9IuxoVgA pic.twitter.com/AwkVFe3mz0

It all started when Ramirez had her nieces, sisters, ages 7 and 9, over to her apartment during a San Antonio summer in 1994.

“It was a typical week, just what families do. … We did things, we went out to the park, we ate, just kind of hung out,” Ramirez told CNN’s Jean Casarez.

Ramirez’s three female friends joined her for part of the time. All four women had recently come out as lesbians.

After Ramirez’s nieces finished their visit and went back to their parents, allegations began to surface that the children were undressed and then sexually assaulted with objects by the San Antonio Four while guns were pointed at their heads.

The police got involved. The women said the young girls were wrong and that nothing remotely like that ever happened.

“I was like, where did they get that from?” Ramirez said.

The women were charged with serious sexual felonies in 1994 and trials followed three years later. 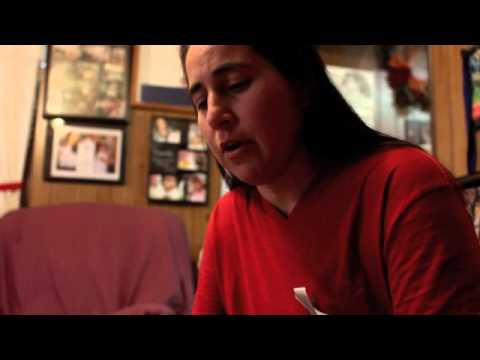 Each woman took the stand in her own defense, saying, “I did not do this.”

“To sit there and defend yourself against something like that, knowing it’s such a horrible crime, and people were looking at you like you are awful,” Rivera said, recalling her testimony.

Ramirez’s young nieces testified against the women and medical science backed them up. According to legal documents, the sexual assault exam showed what appeared to be scarring on one of the young girl’s internal membrane tissue.

The state’s medical expert, Dr. Nancy Kellogg, testified to the juries this could only result from “painful trauma” … “caused by the penetration of the victim’s sexual organ by some object.”

Prosecutors in their closing arguments relied on the women’s sexual orientation as motive evidence to explain to the jury why these women would want to sexually assault girls.

The San Antonio Four refused to take plea deals, maintaining they had committed no crime.

The jury convicted each woman of aggravated sexual assault of a child and indecency with a child. All were sentenced to decades in prison. Ramirez was tapped as the ringleader and received a 37½ year sentence.

The San Antonio Four appear at a hearing in April 2015.
Bob Owen/AP

The convictions against the women began to unravel several years ago when one of Ramirez’s two nieces, now in her twenties, stepped forward to say she had lied.

The niece, Stephanie Limon, called a supporter of the women, journalist Debbie Nathan. She told Nathan, “It didn’t happen. I have no memory of it ever happening.”

Members of her family coached her, she told authorities, to make up a story because of their anger toward Ramirez’s lifestyle.

Soon after, it was realized that the medical science relied upon to corroborate the young girls testimony was wrong.

“It was believed at that time that was evidence of scarring from a tear, and it would be indicative of a sexual assault. There has been further studying of those kinds of photographs which has led to information that it can occur naturally,” said former Bexar County District Attorney Susan Reed.

With that new evidence, defense attorney Mike Ware, along with the Innocence Project of Texas, filed for post-conviction relief to have the verdicts overturned.

Ware told CNN he believes the women’s lifestyle played a large role in the case.

“I think the only reason that the investigation was seriously pursued, why there wasn’t more skepticism about the preposterous allegations in the first place, was because these four women had recently come out as gay, that they were openly gay,” he said.

In their application for a writ of habeas corpus, the defense also argued that testimony from the child victims placed all four women in the apartment at the same time during the sexual assault. If investigators for the prosecutor’s office had checked work records of the women during the time the alleged sexual assault occurred, Ware said those records alone would have shown the girl’s testimony could not hold up. Some of the women weren’t even in the apartment during that period.

In 2013, a Bexar County District Court allowed three of the women to be released from prison while the court considered their request. Vasquez had just been released on parole. Reed told CNN at that time she was not going to retry the cases if the verdicts were overturned.

The motion worked its way through the Texas courts for more than two years and, in February 2016, the judge recommended the convictions be vacated. The trial court finding is a recommendation, and it is up to the Texas Court of Criminal Appeals to make the final ruling.

Elizabeth Ramirez, right, and Cassandra Rivera are pictured in prison in 2012.
BOB OWEN/AP

A final step toward freedom

But the district court in Bexar County would not go so far as to declare them innocent, due to the lack of “hard scientific evidence,” and because the other girl did not recant her version.

In the past 2½ years, the women have been working and assimilating back into the community. They have used skills learned behind bars to help them find employment.

There is one last thing they are asking for from the Texas Court of Criminal Appeals: They want to be declared innocent as a matter of law. That decision may come before the end of the year.

“I believe we deserve to be known as innocent. There is a terrible injustice. We are not going give up until we are found we are innocent. We will keep fighting,” Rivera said.

The women’s story is told in the documentary “Southwest of Salem: The Story of the San Antonio Four.” It premiers Friday at the Tribeca Film Festival in New York.