A U.S. official described the Russian maneuver as "strafing runs" without firing any weapons

White House Press Secretary Josh Earnest says the U.S. Embassy in Moscow has communicated formal concerns to the Russian government about the incident in the Baltic Sea this week in which fighter jets flew very close to the USS Donald Cook.

Earnest said the countries would work to resolve differences over this episode through “well-established” military channels.

Unarmed Russian fighter jets made two extremely close overflights this week of the USS Donald Cook while it was sailing in the Baltic Sea.

The Cook “encountered multiple, aggressive flight maneuvers by Russian aircraft that were performed within close proximity of the ship,” according to a statement by European Command.

“We have deep concerns about the unsafe and unprofessional Russian flight maneuvers,” the statement said.

One of the Russian jets flew within 30 feet of the Cook’s ship superstructure, according to a U.S. official.

The initial reports indicated the two concerning encounters occurred Tuesday night in international waters. A third overflight, at a more acceptable distance, happened Sunday, according to a U.S. official. 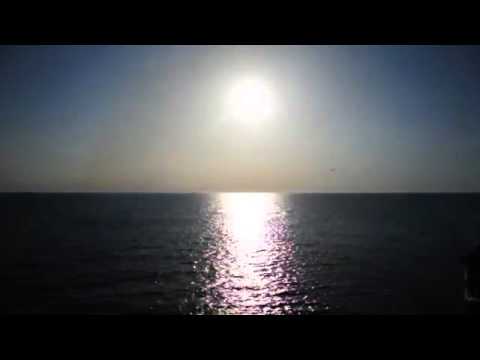 The Navy released video of the incident on YouTube on Wednesday afternoon.

The ship, an Arleigh Burke-class guided-missile destroyer, also had a Polish helicopter on board as part of routine training, according to the official, leading to some speculation in military circles that the Russians were also “sending a message to Poland,” the official said.

A U.S. official described the Russian maneuver as “strafing runs” without firing any weapons. The unarmed Russian aircraft swooped in over the deck in the same flight profile that would have been used if an attack was underway.

Opinion: Obama’s and Putin’s differences are sharp and dangerous

The Cook had been shadowed by a Russian intelligence-gathering ship for some time before the aircraft encounter. The U.S. crew had radioed the Russian ship that it was conducting routine operations, according to the official.

There are often encounters between U.S. ships and aircraft and their Russian counterparts, but as long as they are conducted safely, there is minimal concern. This time, however, there were incidents that led the U.S. crew to conclude that the incidents were unsafe.

In an incident in June, a Russian Su-24 jet flew within 500 meters (1,640 feet) of a U.S. guided-missile destroyer that was sailing in the Black Sea near Crimea.

In February, the Department of Defense announced it was spending $3.4 billion for the European Reassurance Initiative in an effort to deter Russian aggression against NATO allies following Russia’s 2014 intervention in Ukraine.

In recent weeks, the U.S. has deployed additional military assets throughout Europe as part of Operation Atlantic Resolve.

Earlier this month, the U.S. Air Force deployed F-15s to Iceland and the Netherlands and F-22s to the United Kingdom. And in February the U.S. announced that it would send six F-15s to Finland for a training exercise and pre-position tanks and artillery in Norway, both countries share a border with Russia.