Robert Santoli won $76,000 and a couple of cruises

He solved one puzzle with just one letter

While the rest of America was watching basketball on Friday night, boo-hooing busted brackets, Robert Santoli was cleaning up on “Wheel of Fortune.”

One is all you need 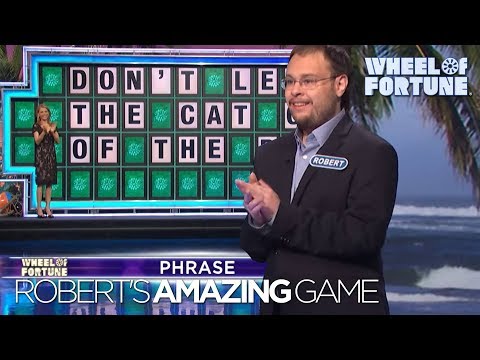 It pays (literally) to do your homework.

Santoli was told ahead of time that his episode would be nautically themed. “The instant I got my theme, I immediately came up with an ever-growing list of puzzles themed towards cruises, sailing, fish, boats – anything on or in the water,” Santoli told local online newspaper TAPinto.

And his hard work paid off. Santoli went on to win all but one of the puzzles, according to the interview.

Santoli was so quick to solve puzzles that Sajak at one point told the New York native to slow down. “Let it come up, then I guess you can tell us what’s there,” he told Santoli dryly.

It was a boring night for the other two contestants who could only stand by and watch as Santoli dominated.

During a commercial break, Santoli says, Sajak asked him to ease up. “That was great, Robert, but now we have to let someone else play, OK?”

At least he was humble about how much we was winning. Santoli says he apologized to the other two contestants during the show. “They were very nice, both before and after the show,” he told TAPinto. “Before they walked off the set after the final round, I told them: ‘No hard feelings.’”

Santoli has big plans for his fortune. “Most importantly, I plan to pay off my student loans from Fordham and buy or lease my own car,” he told TAPinto.

“I know I look like a bit of a dork on the show with my high-pitched ‘Yeahs!’ and my childish jumping up and down after winning the Bonus Round, but I was really, to quote the Round 4 puzzle, ‘Living in the Moment,’” Santoli said.