8 bizarre things that actually happened in the 1980s

If you could sum up the ’80s in a sentence, you might say: “Did that really happen?”

Of course, the trends of any time period always look woefully outdated a few decades down the road, but there was something special about the ’80s: The hair was bigger, the world was younger, and everything seemed to operate on a completely different level of weird.

Here are just a few examples:

“Blue Lagoon” was a movie based on a classic and not-at-all-questionable love story featuring naked teenage cousins (Brooke Shields and Christopher Atkins) who are marooned on an island and left to work out their budding sexuality while caring for their accidentally conceived child.

Brooke Shields and Christopher Atkins in a scene from the 1980 film, "Blue Lagoon."
Columbia Pictures/Moviepix/Getty Images

Oh, and Brooke Shields was 14 years old when it was filmed. Unsurprisingly, much of the viewing public took issue with seeing an IRL young teenager walk around with her breasts barely covered, doing pretend sex with another IRL teenager.

There was plenty to add to the creepiness factor: The whole cousin thing was a bit much for the time (now it’s practically precious, thanks to “Game of Thrones”), and director Randall Kleiser has said he taped Shields’ picture above Atkins’ bed so Atkins would fall in love with her. After all the controversy, the movie ended up being lambasted by critics.

Wizards of the Coast

By today’s standards, playing Dungeons and Dragons is a fairly innocuous marker of low-level nerd-dom. In the ’80s, though, the table-top role-playing game was seen by some as a work of the devil himself, to be played by only the most disturbed and unsupervised of children. Groups of religious fundamentalists decried the growing popularity of the game, saying the imagery of mythical beings and pseudo-religious figures represented the “occult.”

A small number of teen suicides were even blamed on the game by grieving parents, and in 1983 one of these parents started “BADD,” a knock-off of MADD that stood for “Bothered About Dungeons and Dragons.”

People actually fought each other over Cabbage Patch Kids dolls

The Cabbage Patch craze may go down as one of America’s greatest mysteries. Here are supposedly normal, sane human beings coming to blows over something that looks like a potato with eyes.

Have there been countless inexplicable fads since? Of course (we haven’t forgotten you, POGs). But the Cabbage Patch insanity was the perfect alchemy of consumer hysteria and creepy soft-sculpted charm.

In 1985, as Coke saw some of its sales flip to the Pepsi camp, the company “reinvented” the original formula. They marketed it as the “New taste of Coke,” and people hated it.

Within months, Coke reversed back to the now-“Classic” formula and actually saw a rise in sales. It’s kind of like when an actor says they’re retiring or a celebrity says they’re quitting Twitter, and their publicity skyrockets before they all of a sudden change their minds.

The switcheroo may have given Coke a little bit of a boost, but it’s historically seen as a cheap move.

You could smoke on airplanes

Ah the joys of flying in the ’80s: Tickets may have cost a lot more than today, but you could light up to your heart’s content. That’s right! They even had little ashtrays in the armrests. While it was all great news for smokers, those left in the “non-smoking” section couldn’t really avoid getting caught up in the smog, especially on longer flights.

By 1990, smoking was banned on nearly all domestic flights – although you could still light up on many international airlines. (Fun fact: Even after the 1990 ban, pilots were still allowed to smoke in the cockpit so they wouldn’t experience nicotine withdrawal while flying.)

Shows like “Alf” and “Bosom Buddies” were allowed on TV

Alf tries to eat the cat. 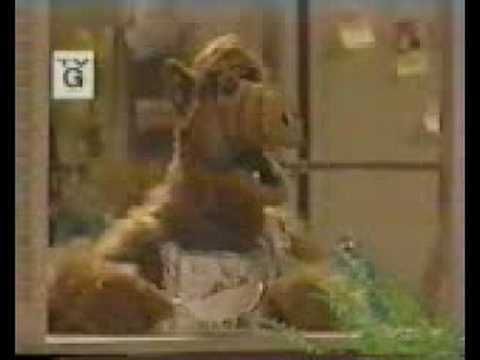 It’s no secret the ’80s were a time of nightmare television. When else could a show about a cat-eating puppet alien not only be allowed to air, but actually become a cultural touchstone with a full line of merchandising?

Children’s series were particularly scarring – no therapist could ever remove the memories of Rubik the anthropomorphic troll cube – but prime-time programming was almost as bad. Tom Hanks has probably spent his entire career trying to atone for “Bosom Buddies,” in which he dressed in drag to pass for a lady so he could live in a low-rent apartment.

Oh, or how about “Small Wonder”? Sure, robot child hostages are always cool!

The Olympics were boycotted (more than once)

A choreographed show from the 1980 Moscow Summer Olympics.
Getty Images

In 1980, the United States straight up didn’t go to the Summer Olympics at all because the games were being held in the Soviet capital of Moscow and the USSR had refused President Jimmy Carter’s call to abandon the Soviet invasion of Afghanistan.

Japan, West Germany, and Canada were among the countries to join in the boycott. All in all, 65 countries that were invited chose not to participate in the Moscow games, for one reason or another.

The Soviet Union boycotted the following Summer Olympics because the 1984 games were being held in – yes, you guessed it – the United States (Los Angeles, to be exact).

The Chicago Bears gave us the “Super Bowl Shuffle”

In the age of viral advertising, a professional sports team recording a corny rap song about themselves is a fairly precise formula for Internet gold. How prescient, then, that the Chicago Bears did exactly this in 1985, when they released the “Super Bowl Shuffle,” the greatest recording in the history of sound. Not since Orpheus plucked his lyre before Hades has there been a purer musical embodiment of the human experience. And – since this was the ’80s – they also recorded a stunning music video.

The song became a hit and was even nominated for a Grammy for Best Rhythm and Blues Performance by a duo or group. Please, relive it here:

The magic must have wafted up to the ears of fate herself, because the Bears won the Super Bowl in 1986, trouncing the New England Patriots 46-10.