When a surgeon should just say ‘I’m sorry’

Last May, surgeons at Yale New Haven Hospital removed the wrong body part from Deborah Craven. Now she’s suing – but, her lawyer says, not because of the mistake.

He says she’s suing in large part because she says she never heard these two words: “I’m sorry.”

“No one apologized,” said Joel Faxon, Craven’s attorney. “And they never explained to her how the mistake was made.”

The basic human desire to hear “I’m sorry” and an explanation of what went wrong – whether in the operating room or elsewhere – is behind a movement to encourage hospitals and doctors to move away from the traditional “deny and defend” approach, to “acknowledge and apologize.”

In a statement, Yale said it did apologize to Craven. Karen Peart, a spokeswoman, declined to say when and how that apology was made and what exactly was said.

Not only is apologizing and offering a full explanation the morally right thing to do, advocates of this approach say, but hospitals save money.

In 2014, medical malpractice payouts totaled $3.9 billion in the United States, according to Diederich Healthcare.

But when people feel listened to, advocates say, they’re more likely to negotiate a settlement and less likely to file a suit that could result in a large malpractice award from a jury.

Craven’s lawsuit could end up being particularly costly for Yale from both a financial and public relations perspective, because the error is clear – Yale has publicly admitted to it.

In addition, Craven says a doctor lied to her to hide the mistake.

Faxon, Craven’s lawyer, said Yale could have saved money if it had done two things: made a full apology to Craven, including an honest explanation of how the error occurred, and if it had abided by her request that the doctor involved in the alleged cover-up be kept out of the operating room during a second surgery.

If Yale had done those two things, he said, his client would never have sued.

Leilani Schweitzer said in her experience, most victims of medical mistakes don’t really want to sue.

She knows that she didn’t – and she was the victim of a medical mistake of the most horrific kind.

Ten years ago, Schweitzer’s toddler son, Gabriel, was at Lucile Packard Children’s Hospital at Stanford, near San Francisco. She was exhausted from having just transferred with her son to the hospital from one near her home in Reno, Nevada.

A nurse came in, and seeing how tired Schweitzer was, she turned off the loud, clanging alarms connected to Gabriel’s heart so they wouldn’t go off in his room.

What the nurse didn’t realize is that she’d turned off the alarms not just in Gabriel’s room, but also at the nurse’s station and on her own pager.

When Gabriel’s heart stopped, no one was alerted.

“My 20-month old son (died) at one of the country’s leading hospitals. On Thursday he was sick and on Tuesday he was dead,” Schweitzer said in a TEDx talk. 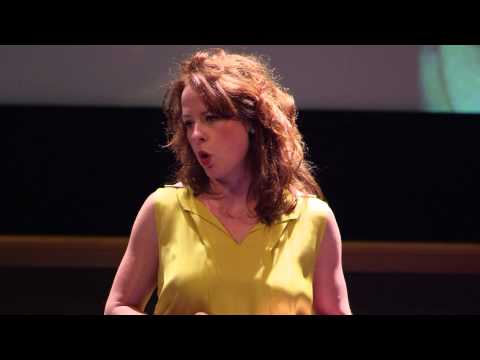 Schweitzer said Stanford immediately gave her a full apology, explained how the mistake had occurred, and involved her in the steps it were taking to make sure it didn’t happen to another patient. It also gave her a financial settlement.

Six years later, Stanford hired Schweitzer as a consultant for its program that works with patients to reach a resolution when something has gone wrong. Today she’s assistant vice president of communication and resolution.

She said in her experience, patients typically don’t want to sue even after something horrible has happened.

“I think the perception is that people just want money, and I think that’s wrong,” she said. “Suing is difficult, it’s painful and it’s time-consuming and expensive. It’s not a small thing to file a lawsuit.”

“People hire lawyers because they feel deceived and abandoned,” she added in her TEDx talk.

Schweitzer said because Stanford neither deceived nor abandoned her, she ended up getting what she needed emotionally and financially without suing – and Stanford saved money by adopting “acknowledge and apologize” over “deny and defend.”

From 2009, when Stanford introduced its resolution program, until 2015, its indemnity costs – the amount of money paid to compensate patients – decreased by 27%, and the amount of money spent defending lawsuits went down by 24%, according to Cheryl DeKleine, vice president of claims and litigation for the Stanford University Medical Network Risk Authority.

But DeKleine says saving money isn’t the reason Stanford implemented the program. It did it to “make patients whole” after a preventable error.

Stanford and several other major hospitals – including the University of Washington, the University of Michigan, the Cleveland Clinic and Beth Israel Deaconess Medical Center in Boston – are part of the Collaborative for Accountability and Improvement, which encourages communication and resolution programs like the one at Stanford.

In Craven’s case, her lawyer said, she did what most victims of medical errors do, according to Schweitzer: She tried to figure out a resolution before she hired a lawyer and filed a lawsuit.

After she was discharged from the hospital, Craven approached Yale to “resolve the matter informally,” Faxon said. “A Yale legal representative told her ‘the case was not significant enough’ for their involvement,” he said.

Only then did Craven seek out a malpractice attorney, he added. Now the case is headed for court.

According to a statement Yale filed with the Connecticut Department of Public Health, Craven had surgery at its hospital on May 18, 2015, to remove a mass on her eighth rib.

But instead, the “incorrect rib” was removed, the statement said.

Craven’s lawyer said the senior surgeon, Dr. Anthony Kim, told Craven and her husband they’d removed a “portion” of the seventh rib instead of the eighth, and that a second surgery was necessary to go back and operate on the correct rib.

But then five minutes later a more junior surgeon, Dr. Ricardo Quarrie, told the Cravens something different, the lawyer says.

Quarrie told the Cravens doctors would have to do the second surgery because not enough rib had been removed during the first one, according to Craven’s lawsuit.

“After realizing a substantial portion of the wrong rib had been removed, Quarrie tried to cover up the mistake by stating that ‘not enough rib’ had been removed.” Faxon wrote in a press release.

“(Not) owning up to the real medical reason for the repeat surgery is just plain deceitful,” he added.

The lawsuit adds that even though Craven and her husband repeatedly asked that Quarrie not continue to participate in her care, he was present at her second surgery.

In an email to CNN, Quarrie said he had no comment.

In a statement to the media, Yale wrote: “Yale-New Haven Hospital and Yale Medical Group are committed to providing the safest and highest quality of care possible. However, even in the best organizations medical errors may occur. When they do, our goal is to acknowledge them, learn from them, and ensure that we minimize any chance that they ever occur again. With respect to the case of Ms. Craven, we recognized that an error was made, we informed and apologized to the patient, and we immediately reported it to the Connecticut Department of Public Health.”

Searching for an explanation

Craven’s lawyer said she’s still waiting for an explanation of why Yale operated on the wrong rib.

He said she was entirely in the dark until this week, when CNN shared a copy of the report Yale made to the state health department.

The Yale report mentions an “outage of the radiographic imaging” and pledges to “institute a method of communication that will provide timely notification of system outages including, but not limited to, Picture Archiving and Communication System (PACS) and Epic.”

PACS is a system for storing and retrieving medical images. Epic is the electronic medical records system used at Yale and many other hospitals.

Now, Faxon says, Craven wonders whether there was an equipment shutdown that contributed to her surgical error. Did the Yale doctors know about it? If they didn’t, why not? And if they did, why did they proceed with the surgery? And what about other hospitals that use PACS and Epic – should they know about these “outages” so a mistake doesn’t happen there, too?

On a personal level, these “What happened to me?” questions can haunt a patient for years.

Schweitzer said she still has emotional wounds from the first hospital that treated her son, which she said made mistakes, but never acknowledged them as Stanford did.

“Those errors caused harm. It’s been more than 10 years, and only just last week did someone call me from that hospital to have lunch and talk,” she said. “I’m still angry.”

On a larger level, she said, not acknowledging and discussing mistakes means not learning from them.