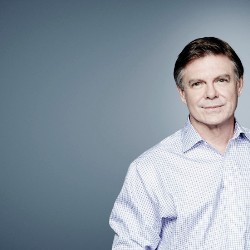 By Martin Savidge and Dana Ford, CNN
Updated 11:29 AM EDT, Mon March 14, 2016
donald trump stage rusher savidge intv nr_00012815.jpg
Now playing
05:09
Stage-rusher: I can't believe Trump compared me to ISIS
PHOTO: CNN
TUESDAY, SEPTEMBER 4, 2018 9:30 AM Judiciary Hearings to examine the nomination of Brett M. Kavanaugh, of Maryland, to be an Associate Justice of the Supreme Court of the United States. SH-216 Coverage: Coverage: C-SPAN POOL FEED: Chairman Iso Feed: CAP DA 1, Witness Camera Iso Feed: CAP DA 2, Side One Camera Iso Feed: CAP DA 3, Side Two Camera Iso Feed: CAP DA 4.
Now playing
02:13
See protesters rattle Brett Kavanaugh hearing
PHOTO: Win McNamee/Getty Images North America/Getty Images
WASHINGTON, DC - SEPTEMBER 04: Protesters dressed in The Handmaid's Tale costume, protest outside the hearing room where Supreme Court nominee Judge Brett Kavanaugh will testify before the Senate Judiciary Committee during his Supreme Court confirmation hearing in the Hart Senate Office Building on Capitol Hill September 4, 2018 in Washington, DC. Kavanaugh was nominated by President Donald Trump to fill the vacancy on the court left by retiring Associate Justice Anthony Kennedy. (Photo by Win McNamee/Getty Images)
Now playing
01:48
'Handmaids' protest Kavanaugh confirmation
PHOTO: Greenpeace/Twitter
Anti-Trump paraglider
Now playing
01:21
Trump protester breaches security airspace
PHOTO: Chris J Ratcliffe/Getty Images
LONDON, ENGLAND - JULY 13: Protesters join a Women's march in central London to demonstrate against President Trump's visit to the UK, on July 13, 2018 in London, England. Tens of Thousands Of Anti-Trump protesters are expected to demonstrate in London and across the country against the UK visit by the President of the United States. Many people disagree with his policies that include migrant family separation, discrimination of transgender military personnel and changes to laws protecting women's sexual health. (Photo by Chris J Ratcliffe/Getty Images)
Now playing
00:54
Demonstrators gather in London for Trump visit
PHOTO: Matt Dunham/AP
A six-meter high cartoon baby blimp of U.S. President Donald Trump hovers next to the statue of former British Prime Minister Winston Churchill, as it is flown as a protest against his visit, in Parliament Square in London, England, Friday, July 13, 2018. (AP Photo/Matt Dunham)
Now playing
01:24
'Trump baby' blimp takes to London's skies
PHOTO: WPIX
NY: Liberty Island being evacuated because of a person trying to climb the statue of Liberty Liberty island is being evacuated because of a person trying to climb the statue of Liberty and U.S. Park Police and NYPD are on the scene, Jerry Willis with the National Park Service tells CNN.
Now playing
01:04
Woman climbs base of the Statue of Liberty
PHOTO: WSB
Protesters in Atlanta are carrying a dog crate with baby dolls inside
Now playing
00:58
Protesters carry a dog crate with baby dolls inside
PHOTO: CNN
congressman protest
Now playing
00:48
Lawmakers yell at Trump after GOP meeting
PHOTO: NICHOLAS KAMM/AFP/Getty
President Donald Trump makes a statement in the Diplomatic Room at the White House on August 14, 2017.
Now playing
01:49
Trump's day-by-day response to Charlottesville
PHOTO: TIMOTHY A. CLARY/AFP/AFP/Getty Images
US actor Shia LaBeouf(L) during his He Will Not Divide Us livestream outside the Museum of the Moving Image in Astoria, in the Queens borough of New York January 24, 2017 as a protest against President Donald Trump. LaBeouf has installed a camera at the Museum of the Moving Image in New York that will run a continuous live stream for the duration of Trumps presidency. LaBeouf is inviting the public to participate in the project by saying the phrase, He will not divide us, into the camera. / AFP / TIMOTHY A. CLARY (Photo credit should read TIMOTHY A. CLARY/AFP/Getty Images)
Now playing
00:45
Shia LaBeouf arrested at anti-Trump protest
PHOTO: Brett Coomer/Houston Chronicle/AP
Demonstrators march through downtown Houston demanding greater governmental transparency and the release of President Donald Trump's tax returns during a protest Saturday, April 15, 2017. (Brett Coomer/Houston Chronicle via AP)
Now playing
01:15
Tax marches across the US
PHOTO: Drew Angere/Getty Images
WASHINGTON, DC - JANUARY 25: With the White House in the foreground, protesters unfurl a banner atop a crane at the construction site of the former Washington Post office building, January 25, 2017 in Washington, DC. The protestors are with the Greenpeace organization.
Now playing
00:57
Activists scale crane to protest Trump
PHOTO: Astrid Riecken/Getty Images
WASHINGTON, DC - APRIL 29: People gather near the U.S. Capitol for the People's Climate Movement before marching to the White House to protest President Donald Trump's enviromental policies April 29, 2017 in Washington, DC. Demonstrators across the country are gathering to demand a clean energy economy. (Photo by Astrid Riecken/Getty Images)
Now playing
01:36
Thousands march to protest Trump policy
PHOTO: KGO
Berkeley protesters 01
Now playing
01:04
Fights erupt at California protest
Now playing
00:45
'March for Truth' protests in dozens of cities

Thomas DiMassimo denies having any ties to ISIS

DiMassimo, 22, was arrested and charged with disorderly conduct and inducing panic

When Thomas DiMassimo tried to rush Donald Trump’s stage in Ohio over the weekend, he had a clear goal in mind.

He wanted to send a message.

“I was thinking that I could get up on stage and take his podium away from him and take his mic away from him and send a message to all people out in the country who wouldn’t consider themselves racist, who wouldn’t consider themselves approving of what type of violence Donald Trump is allowing in his rallies, and send them a message that we can be strong, that we can find our strength and we can stand up against Donald Trump and against this new wave he’s ushering in of truly just violent white supremacist ideas,” DiMassimo told CNN.

Related Video Rubio on Trump: 'This is not going to end well'

But DiMassimo, 22, didn’t make it to the podium.

He was quickly blocked by Secret Service officers, and members of Trump’s security detail rushed to cover him. After a few moments, the GOP front-runner, who was visibly startled, gave a thumbs-up and thanked the cheering crowd for warning him.

DiMassimo, 22, of Fairborn, Ohio, was arrested and charged with disorderly conduct and inducing panic. His next court date is Wednesday. The Wright State University senior sat down with CNN on Sunday to talk about what he did and why.

“I was thinking that Donald Trump is a bully, and he is nothing more than that. He is somebody who is just saying a lot of bold things, he’s making bold claims. But I can see right through that and I can see that he’s truly just a coward. And he’s opportunistic and he’s willing to destroy this country for power for himself,” DiMassimo said.

When asked whether he’d planned on attacking Trump if he’d been able to reach him, DiMassimo said he had not.

“No, not at all. There would have been no point. Donald Trump is 6 foot 3. I’m 5 foot 9, maybe. He’s a giant man surrounded by thousands of followers, 12 Secret Service and a former Ohio State offensive lineman. That would have accomplished nothing.”

He said he could understand, though, how people might have perceived he was planning to attack Trump, and that he hadn’t expected so many Secret Service officers.

“I thought my chances of getting up on stage and getting to the podium would have been better,” DiMassimo said.

“But again it was more important for me to show that there are people out there who aren’t afraid of Donald Trump. He says scary things. He lets his people do scary things. He’s threatened Mexico, Islam, you name it, and yet I’m unafraid. And if I can be unafraid enough to go take his podium away from him, then we all can be (un)afraid enough to not let this man walk into the White House.”

’Not a member of ISIS’

Related Video What to do when Trump is 'making stuff up'

After his rally, Trump tweeted about the incident, thanking his security and accusing DiMassimo of having ties to ISIS.

“USSS did an excellent job stopping the maniac running to the stage. He has ties to ISIS. Should be in jail!” Trump wrote.

He posted a link to a video that included the ISIS flag and appeared to make fun of DiMassimo.

USSS did an excellent job stopping the maniac running to the stage. He has ties to ISIS. Should be in jail! https://t.co/tkzbHg7wyD?ssr=true

DiMassimo vehemently denied belonging to ISIS. He told CNN the video was doctored and provided a link to what he said was the original footage from a protest he participated in more than a year ago.

Trump responded to criticism of his tweet Sunday on NBC’s “Meet the Press.”

“Was that him? It looked like the same man to me. He was dragging a flag along the ground and he was playing a certain type of music. And supposedly, there was chatter about ISIS. Now, I don’t know. What do I know about it? All I know is what’s on the Internet,” he said. “And I don’t like to see a man dragging the American flag along the ground in a mocking fashion.”

DiMassimo said he’s received thousands of death threats since the Trump rally and that his parents have also been threatened.

When asked whether he was a Christian, he said he was.

“I am not a member of ISIS. I have no known ties to ISIS. I’ve never been out of the country. I only speak English,” DiMassimo said.