As die-hard fans of the Netflix political drama “House of Cards” hibernated last weekend to binge watch the fourth season, two cutthroat and colorful presidential primaries raged – one on the screen and one in real life.

Season 4 picks up amid a bitter Democratic primary battle between Kevin Spacey’s character Frank Underwood, a Machiavellian South Carolina politician who would stop at nothing to win, and Heather Dunbar – a former United States solicitor general, who never held public office and whose personal wealth allows her to self-fund her campaign without the aid of super PACs.

And at the center of the scheming and dirty politics is Underwood’s loyal chief of staff, Doug Stamper – a recovering alcoholic, who is back by Frank and Claire Underwood’s side, after recovering from a traumatic brain injury.

CNN Politics caught up with “House of Cards” actor Michael Kelly, who plays Doug Stamper, to talk 2016 politics and learn more about Stamper from the man who knows him best.

As an avid follower of politics and a vocal supporter of Democratic presidential front-runner Hillary Clinton, Kelly said that the political drama in “House of Cards” “seems to be kind of paling in comparison to the real-life antics that are happening in the current primary.”

“It’s really neat that we have both primaries going at the same time but I’m just blown away on a daily basis that [the 2016 race] is getting more outlandish than our own show,” Kelly said.

Watch Kelly get political in the video above and check out more form the series.

Kelly attributes much of the “outlandish” nature of the 2016 race to the colorful rise of billionaire business mogul Donald Trump, whose role as an outsider who self-funds his campaign is reminiscent of Heather Dunbar’s character on the show.

“I watched the GOP debate … and it was madness. I was blown away,” Kelly said, referring to a recent GOP debate on Fox News. “And I keep thinking to myself: Wow, if Beau Willimon and the writing staff had a character like Donald Trump on our show – if we had put a character out there, not named him Donald Trump, and that was someone who was legitimately running for office on our show, I think people would accuse us of jumping the shark.”

Kelly said that while he does not think that Trump will become president, he hopes that he doesn’t have to “eat those words one day.”

“[Trump becoming president] worries the hell out of me because he’s displayed this short fuse,” Kelly said. “If he doesn’t like something he’s going to yell or he’s going to be belittle someone or he’s going to make demeaning remarks to different races, to women, to whoever he’s disagrees with. Imagine that scenario playing out around the world.”

Kelly said that “while Bernie Sanders has some great ideas,” Clinton is “a proven leader.”

“I believe that she has the ability to pull people from across the aisle and I think more than anything right now, that’s what we need in our country,” Kelly said.

Gun control is an issue that is a top priority for Kelly and he said that while “no one, in my opinion, can even go as far as I’d like to see them go” on gun control, Sanders is “a little looser” on the issue than Clinton.

Clinton currently has a big delegate lead over Sanders and Kelly said that if she secures the Democratic nomination, her biggest challenge in a general election will be to get Sanders’ supporters.

“I can’t, for the life of me understand why the youth isn’t getting up and supporting her the way that we rallied behind President Barack Obama,” Kelly said, adding that he is currently in communication with Clinton’s campaign to explore ways to help.

“I will do anything that Hillary Clinton needs me to do,” Kelly said. “… Not that I’m young, but the kids might listen to Doug.”

As Underwood’s right-hand man, Doug Stamper is cold and calculating and has done everything from plotting and executing the political downfall of rivals, to murdering those who stand in the way.

“He’s a man who deals with addiction in many ways. At his core, he’s a complicated dude who does some bad things,” Kelly said. 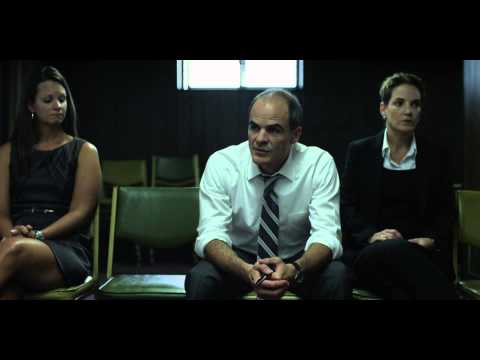 And perhaps nothing encapsulates Stamper’s complexities quite like his dysfunctional relationship with Rachel Posner – a former prostitute who gets embroiled in Stamper and Underwood’s murderous plots and becomes a subject of Stamper’s obsession.

After relentlessly tracking and stalking Rachel, Stamper eventually kills her at the end of season 3 by running her over with his car in the middle of the desert.

“[In season 4] I try to put in this layer of [Doug] being somewhat vulnerable from what happened with Rachel,” Kelly said.

“I think that’s something he’s always going to carry with him,” Kelly adds. “Although it’s not specifically written into season 4, I obviously tried to bury that in the work, to always have it in his mind.”