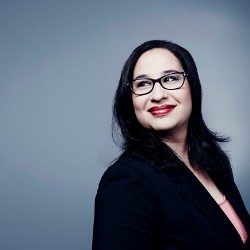 Families share the human toll of the water crisis in Flint, Michigan

Watch CNN’s Democratic debate in Flint, Michigan, at 8 p.m. ET Sunday. The event will be live-streamed online at CNN.com and simulcast on CNN International and CNN en Espanol.

Nakiya Wakes had dreams of making a new start with her two children when she moved to Flint, Michigan, in June 2014.

A year later Wakes learned her family was growing.

But five weeks into her pregnancy these hopes of a fresh beginning came crashing down. She was rushed to the hospital and told she had a miscarriage. At a follow-up appointment, her doctor detected a second heartbeat – she had been pregnant with twins, and she was still carrying one.

“This (is) going to be my miracle child because she already lost her brother or sister. So this one is going to make it,” Wakes remembers telling herself. She began buying clothes and other supplies for the expected newborn.

Wakes had another miscarriage while in her second trimester. Returning from the hospital devastated, she opened a piece of mail that stopped her in her tracks.

“I see something from the city of Flint saying that pregnant women and people 55 and over should not be drinking this water,” Wakes said. “I was like are you serious, and I’m just coming home to losing my babies? And now just, it could have been the water that did this?”

No one knows for sure.

But Wakes and her children are part of a growing number of families who say they are the human toll of Flint’s water crisis. Problems began when government officials decided in April 2014 to switch the city’s water source temporarily and use water from the Flint River as a cost-cutting measure. Highly corrosive water from the river ate away at iron and lead pipes, causing lead to leach into the water supply. The city switched back to the Lake Huron water supply a year and a half later, but the damage was already done.

5 things to know about the Flint crisis

Michigan officials are now investigating whether the lead had any impact on the number of miscarriages in Flint. As many as 10% to 20% of all pregnancies end in miscarriage, according to the Centers for Disease Control and Prevention. Wakes said she believes without a doubt the lead cost her the lives of her two babies.

She also suspects it has affected her son, Jalen, 7, and daughter, Nashauna, 16, who both tested positive for lead in their blood. She fears damage to their health and development.

PHOTO: Mallory Simon/CNN
Wakes says she fears the effects of lead in the water on her son, Jalen, 7.

“My son has been going to the same school for two years. Last year he was suspended one time. This year I have paperwork he has been suspended 56 times,” Wakes said.

Wakes said she wants those responsible for the decisions about the water and the response afterward to be held accountable. Merely resigning from office would be like “a slap in the face” after all she and her family have been through, she said.

Michigan Gov. Rick Snyder has apologized for the water crisis, saying he would take responsibility for mistakes he said his staff made. Snyder had appointed an emergency manager to Flint, Edward Kurtz, who signed off on the decision to switch the water supply. Snyder spokesman Ari Adler said the governor received mixed messages from his staff about the situation in Flint.

“The governor has apologized for the state letting people down in a breakdown of a bureaucracy that failed at all levels, from local to state to federal,” said Adler, Snyder’s spokesman. “He has taken responsibility for that which he knows he can fix.”

For Wakes, such explanations aren’t sufficient.

“I really feel like they should be incarcerated,” she said. “I think they should be put in jail. Everybody. The governor and all the elected officials who knew about this.”

’A blatant disregard for life’

Every day feels like Russian roulette for Laura MacIntyre when she turns on the faucet.

She said she has no idea what the quality of water is and fears for the safety of her three children.

Like many other residents, MacIntyre said she’s exhausted by all the ways the water crisis has affected her children and uprooted their daily routine.

“Every once and a while, we’ll break down and take a shower,” she said, unsure about the safety of bathing in the water.

Other times the family will travel outside the city to use water from a different source.

She said she is livid about the response from local and state government. The reaction to the crisis and behind-the-scenes emails that the governor’s office released in recent weeks are depressing, demoralizing and tiresome, she said.

One recently revealed email exchange shows that Snyder’s senior policy adviser and deputy counsel advised the governor’s chief of staff and others to stop using the Flint River as a water source due to health concerns – a move that did not come about until more than a year after that email in the face of mounting public pressure.

“The emails are showing such a blatant disregard for life and for humanity,” MacIntyre said. “It’s just staggering. It takes my breath away.”

She said she wants Snyder and others in his administration to be “prosecuted and put in jail,” held accountable for what she calls a “manmade disaster.”

In January, the Environmental Protection Agency slammed state and Flint city officials, saying their responses to the crisis were “inadequate to protect public health.”

MacIntyre said the water crisis has turned the economically depressed city further into a pit of despair. She moved back to Flint after her first child was born because she loved the community in which she grew up.

But much of the city she remembers is gone – left “ruined and decaying.” Sometimes she wants to fight for her beloved city and other times thinks it might be best to leave. The water crisis has been the final straw.

“It looks like we were at war,” she said of the neighborhoods in Flint, “(as if) there (are) artillery and bombs, because you just see places that are literally burned out or just gone because of arson.”

‘I want to leave here’

PHOTO: Mallory Simon/CNN
Cheryl Farmer loved growing up in Flint, but now she says she feels trapped and wants to move.

Cheryl Farmer’s daughter is 8 but already keenly aware of all the houses boarded up or littered with broken windows.

“Mama, look at that dead house,” Farmer recalls her daughter, Nadia Baylor, once saying in the car.

The homes are shells of what they once were – a mirror of this city, Farmer said.

Farmer knows what Flint can look like when it’s booming, bristling with people, possibilities and hope. She moved here in 1969, but now she said she feels trapped. She doesn’t have the money to move and start over.

The poverty, crime, gunshots that ring out at night and send her daughter running to her room – already these problems weighed heavily on Farmer. But they became amplified when a test revealed lead in her daughter’s blood.

“I want to leave here,” she said. “I don’t know if I can ever trust them saying, ‘You know we got the lead out of the water, the pipes.’ How can we trust them … again?”

She fears the water crisis will lead to a knock on the door from the Federal Emergency Management Agency urging her to leave due to dire conditions.

Such thoughts have her contemplating a drastic change. She doesn’t want to be around should that moment come.

“I need to get my child and really just move out of here … because it’s going to get worse,” she said.

Mother: Our children have been poisoned

PHOTO: Mallory Simon/CNN
Crystle Davidson says doesn't trust officials in Flint, but she still has hope for a future here with her son.

Crystle Davidson bought her first house in Flint thinking it would make a perfect home for her 8-year-old son, Julian.

But then she began getting itchy and rashes appeared on her arms. Her doctor told her to stop bathing in the tap water, even before the governor and state officials acknowledged there were high levels of lead in the supply.

Davidson and hundreds of others have repeatedly complained about rashes, but many residents said officials initially told them the water had nothing to do with it. She said she recalls hearing boil water alerts from time to time when the city first switched the water supply.

Finally, last week, residents learned the state has asked the U.S. Department of Health and Human Services to send a team to investigate the rashes.

Now on a snowy night in Flint, she walks in the street, exasperated with how long the crisis has gone on, how nothing has been fixed and how little faith she has left in elected officials.

“I would rather melt this snow off the ground and drink it than drink what is coming out of that faucet right now,” she said.

She worries about the impact of the lead level in her son’s blood because he has attention-deficit hyperactivity disorder.

“He already has a lot of issues as far as learning … and I know that the lead can contribute to children being ADHD,” Davidson said. “We don’t trust anybody because we’ve been lied to, you know, and our children have been … poisoned.”

Davidson said she wants answers. She plans to stay around to ensure those she believes swept the truth under the rug will make things right.

“I’m hoping that they can fix the issue and that we can get back to living a normal life,” she said.