How far north is the Zika-spreading mosquito?

By Elizabeth Cohen, Senior Medical Correspondent
Published 7:56 AM EST, Wed March 2, 2016
Link Copied!
Ad Feedback
A pest control worker fumigates a school corridor on the eve of the annual national Primary School Evaluation Test in Kuala Lumpur on Sunday, September 4. Malaysia reported its first locally transmitted Zika case on September 3.
MOHD RASFAN/AFP/Getty Images
A banner about Zika virus is seen as ferry passengers arriving from Singapore get in line at the immigration check on September 4, in Batam, Indonesia.
Ulet Ifansasti/Getty Images
A banner is flown over the South Pointe Park area, Tuesday, September 6, in Miami Beach, Florida.
Alan Diaz/AP
A pest control worker fumigates drains at a local housing estate where the latest case of Zika infections were reported on Thursday, September 1, in Singapore.
Wong Maye-E/AP
Florida Gov. Rick Scott and Florida Surgeon General Dr. Celeste Philip address the media gathered at the Miami-Dade County Department of Health as they announce five cases of Zika in a 1.5 mile area of Miami Beach on Friday, August 19, in Miami, Florida.
Angel Valentin/Getty Images
Brazil's interim President Michel Temer, center right, meets with officials during Temer's first visit to the Olympic Park on Thursday, June 14, in Rio de Janeiro. The Rio 2016 Olympic Games commence August 5 amid a political and economic crisis in the country along with the Zika virus outbreak.
Mario Tama/Getty Images
Rio 2016 Chief Medical Officer Joao Grangeiro, Municipal Secretary of Health Daniel Soranz and Sub-secretary of the State for Health and Surveillence Alexandre Chieppe field questions from the media during an International Media Briefing to address the Zika virus on Tuesday, June 7, in Rio de Janeiro.
Matthew Stockman/Getty Images
A health worker fumigates an area in Gama, Brazil, to combat the Aedes aegypti mosquito on Wednesday, February 17. The mosquito carries the Zika virus, which has suspected links to birth defects in newborn children. The World Health Organization expects the Zika outbreak to spread to almost every country in the Americas.
EVARISTO SA/AFP/Getty Images
A man places a mosquito net over a bed at a home for the elderly in Masaya, Nicaragua, on Thursday, February 11.
OSWALDO RIVAS/REUTERS/Newscom
An Aedes aegypti mosquito floats in stagnant water inside a tire at a used tire store in Villavicencio, Colombia, on Thursday, February 4.
Fernando Vergara/AP
A health worker fumigates an area in Caracas, Venezuela, on Tuesday, February 2.
MIGUEL GUTIERREZ/EFE/Sipa USA
A lab worker exposes his arm to Aedes aegypti mosquitoes during testing at the Roosevelt Hospital in Guatemala City, Guatemala, on Monday, February 1.
Saul Martinez/Bloomberg/Getty Images
Tainara Lourenco sits inside her home in Recife, Brazil, on Friday, January 29. Lourenco, five months pregnant, lives at the epicenter of Brazil's Zika outbreak. The Zika virus has been linked to microcephaly, a neurological disorder that results in newborns with small heads and abnormal brain development.
Felipe Dana/AP
Dr. Angela Rocha shows brain scans of a baby born with microcephaly at the Oswaldo Cruz Hospital in Recife on Thursday, January 28.
Felipe Dana/AP
Alice Vitoria Gomes Bezerra, a 3-month-old baby with microcephaly, is placed in her crib by her father Wednesday, January 27, in Recife.
Mario Tama/Getty Images
A health ministry employee fumigates a home in Soyapango, El Salvador, on January 27.
MARVIN RECINOS/AFP/AFP/Getty Images
A lab technician at the Oswaldo Cruz Foundation Institute stores Aedes aegypti mosquitoes to be used in research in Recife on January 27.
Felipe Dana/AP
A patient suffering from Guillain-Barre syndrome recovers at a hospital in San Salvador, El Salvador, on January 27. Researchers are looking into a possible link between Zika and Guillain-Barre, a rare disorder that causes the body's immune system to attack its nerves.
MARVIN RECINOS/AFP/Getty Images
Luiz Felipe lives in Recife and is one of more than 4,000 babies in Brazil born with microcephaly since October. The drought-stricken impoverished state of Pernambuco has been the hardest-hit, registering 33% of recent cases.
Miguel Castro/CNN
A health worker sprays insecticide under the bleachers of Rio de Janeiro's Sambadrome on Tuesday, January 26.
Leo Correa/AP
A Brazilian soldier inspects a home in Recife on Monday, January 25, while canvassing the neighborhood and attempting to eradicate the larvae of mosquitoes linked to the virus.
Mario Tama/Getty Images
David Henrique Ferreira, a 5-month-old who has microcephaly, is watched by his brother in Recife on January 25.
Mario Tama/Getty Images
The larvae of Aedes aegypti mosquitoes are photographed in a lab in Cali, Colombia, on January 25. Scientists are studying the mosquitoes to control their reproduction and resistance to insecticides.
LUIS ROBAYO/AFP/Getty Images
Angelica Prato, a pregnant woman infected by the Zika virus, receives medical attention at a hospital in Cucuta, Colombia, on January 25.
SCHNEYDER MENDOZA/AFP/Getty Images
A woman walks through fumes as health ministry employees fumigate an area in Soyapango on Thursday, January 21.
MARVIN RECINOS/AFP/AFP/Getty Images
Brazilian soldiers apply insect repellent as they prepare for a cleanup operation in Sao Paulo on Wednesday, January 20.
Andre Penner/AP
A researcher at the University of Sao Paulo holds a container with female Aedes aegypti mosquitoes on Monday, January 18.
Andre Penner/AP
A graveyard in Lima, Peru, is fumigated on Friday, January 15.
ERNESTO BENAVIDES/AFP/Getty Images
Aedes aegypti mosquitos are seen at the University of Sao Paulo on January 8. Researchers from the Pasteur Institute in Dakar, Senegal, came to Brazil to train local researchers to combat the Zika virus epidemic.
NELSON ALMEIDA/AFP/Getty Images

A researcher found populations of the Aedes aegypti in Washington, D.C.

In fall 2012, mosquito biologist Andy Lima received a call from an old college friend desperate for help. His Washington apartment had become infested. Could Lima come over?

“All my friends know I’m the bug guy,” said Lima, whose passion for entomology is evident in his YouTube channel, “EntoGeek.” (His 2009 live rendition of “Six Legs Don’t Stand a Chance” at the Virginia Mosquito Control Association is particularly moving.) 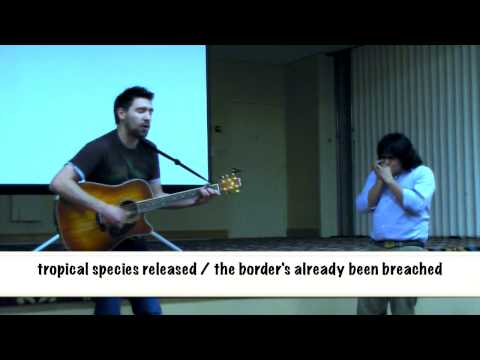 Lima gathered his materials and set out for his friend’s apartment on Capitol Hill, where he fully expected to meet with Asian tiger mosquitoes, or Aedes albopictus, a common mosquito in the Washington area.

But what Lima discovered was a mosquito species that had no business being in the nation’s capital, one that could have ramifications for the spread of the Zika virus.

When he cupped one of the bugs in his hands, he noticed it didn’t have the characteristic albopictus white stripe down its back. Instead, the stripes were in a violin shape.

But this was Washington, D.C., in October. Even in the summer, the Centers for Disease Control and Prevention’s own map of mosquito distribution shows aegypti don’t tend to be found much farther north than a southern sliver of Tennessee.

‘Who knows where else it is?’

The entomologist, who works in pest control, figured it was a fluke; perhaps mosquito eggs stuck to an object that had been brought in from a tropical area with a lot of aegypti.

But then Lima found aegypti bugs and larvae in several more locations: a fountain that had stopped flowing in his friend’s backyard, and a birdbath and trash can about a block away.

As winter arrived, Lima figured that would be the end of this mysterious collection of aegypti mosquitoes. But, still curious, he returned to the area a year later and found more aegypti. Then he found them again in 2013, 2014 and 2015.

Were the mosquitoes dying each winter – as one would expect with a tropical bug – and a new batch arriving from tropical climates each year? Or was it all the same family of bugs that had somehow managed to survive a Washington winter?

Lima couldn’t answer that question on his own, so he sought out David Severson at the University of Notre Dame, whose lab specializes in mosquito genetics.

Severson found that Lima’s collection of mosquitoes shared the same genes. This indicated the bugs were surviving the winter and breeding, perhaps by going to underground areas, like Metro subway stations.

“I was really blown away,” said Severson, a professor of mosquito genetics and genomics at Notre Dame.

Lima and Severson published their findings in the American Journal of Tropical Medicine and Hygiene in 2015.

“If I had just told people that these mosquitoes had overwintered in Washington, D.C., they wouldn’t believe me,” Severson said.

“Those mosquitoes shouldn’t have been there.”

Marcus Williams, a spokesman for the Washington Department of Health said measures are being looked at to include testing for the Zika virus in mosquitoes.

Lima said his discovery raises the question of whether other Northern U.S. cities could have populations of aegypti.

“It’s really weird that it’s here, so who knows where else it is?” he said.

What we don’t know about mosquitoes

Aegypti mosquitoes are the primary vehicle – or vector, in scientific parlance – for spreading Zika, the virus that has been associated with the neurological birth defect microcephaly, and with Guillain-Barre syndrome.

Severson said his study is yet more evidence of how resilient these mosquitoes are; but even so, he said he doesn’t think the bugs Lima found will likely spread Zika in a significant way.

“They’re a very small population and very isolated, and they’re not going to take over Washington, D.C.,” he said.

But he said what he does find disturbing is that even in the Southern United States, where aegypti thrive, public health authorities don’t know much about where they are and where they aren’t.

“Unless there is a well-funded mosquito control program present, we have very few data on the presence or absence of these vectors,” he wrote in an email to CNN.

“The maps are incomplete,” added Dr. Stephen Waterman, director of the dengue branch at the CDC. “There aren’t enough mosquito control agencies in the United States doing thorough and comprehensive surveillance, so the maps have holes.”

Holes, he said, aren’t good when you’re trying to track down and kill an incredibly resilient – and incredibly harmful – type of mosquito.