Wolf Blitzer reflects on covering the Gulf War 25 years ago 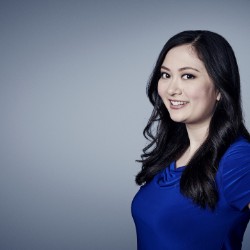 Just weeks after Wolf Blitzer started at CNN on May 8, 1990, he embarked on the assignment that would make CNN – and him – a household name around the world.

“I thought it was going to be a relatively quiet beat. The Cold War was winding down,” said Blitzer, who was the military affairs correspondent at the time.

And then on August 1, 1990, Iraqi leader Saddam Hussein shocked the world by invading Kuwait.

President George H.W. Bush immediately started to form a coalition to defeat occupying Iraqi forces. And as the U.S. deployed thousands of troops to the region, the media followed.

At the time CNN was just 10 years old, a newcomer on the network scene that had faced early challenges but was steadily rising. Its 24/7 live coverage of the Gulf War was what set CNN apart and attracted viewers from around the world.

“This was the first real war that we had cameras on the scene. During the Vietnam War there were cameras, but it usually took 24 hours to get the film back from Saigon to the United States, and then they would have to develop the film,” said Blitzer. “Here we had live satellite coverage of all the key locations and people could watch a war unfold live.”

And with the live reports came very real danger for the journalists behind them. After weeks of airstrikes, the U.S. sent in ground troops with tanks and armored personnel in order to liberate Kuwait.

“All the other news organizations pulled out because they were afraid the war was going to start. And these courageous CNN journalists – they stayed there,” said Blitzer, referring to colleagues like Christiane Amanpour who reported live from locations where Scud missiles could be seen falling in the background.

PHOTO: CNN
The Gulf War put CNN on the map as being the only network to offer 24/7 live coverage of events unfolding from the ground.

Blitzer, a newspaper reporter new to broadcast, learned “a lot during those early months” reporting from the Pentagon, including a very important lesson on how much information to share in a live report.

After hearing of an Iraqi Scud missile attack on Israel, Blitzer worked with Pentagon sources to confirm the precise location where in a Tel Aviv suburb the missile had landed. He then innocently reported the location on air.

“All hell broke out because as soon as I said where that Scud missile exactly landed. Generals were calling me, top Pentagon officials: ‘What are you doing, Wolf?’” recalled Blitzer. The officials explained that the Iraqis were aiming for the Israeli Defense Ministry and that he just helped them adjust their calculations.

“It just dawned on me at that point the power here at CNN – that people were watching us – friendly viewers in the United States and around the world,” said Blitzer. “But also the Iraqi military and the Iraqi intelligence community – Saddam Hussein himself was watching CNN.”

Many other figures were following the coverage as well. The U.S. led a coalition comprised of over two dozen countries to free Kuwait. The coalition included Arab nations like Saudi Arabia and Egypt but also Syria, which at the time was ruled by Hafez al-Assad, father of current President Bashar al-Assad.

PHOTO: CNN
"All the other news organizations pulled out because they were afraid the war was going to start and these courageous CNN journalists -- they stayed there," said Blitzer of colleagues like Christiane Amanpour.

“I think that war underscored that the U.S. can put together a coalition to get the job done,” said Blitzer.

The war ended on February 28, 1991, and within weeks troops were coming home.

For Blitzer, the war forever changed his career, setting it on the course he is still on today. Now, as host of “The Situation Room with Wolf Blitzer,” he delivers the news live on a daily basis.

“When Ted Turner started CNN, people thought, ‘Who wants to watch 24/7 news all the time? There’s a half-hour newscast at 6:30 on three broadcast networks, isn’t that enough?’” related Blitzer. “He had a vision and he was absolutely right.”

No matter where Blitzer goes, people still remember him for his earliest reports at CNN.

“To this day, 25 years later here in the United States or indeed around the world, people always come up to me: ‘Oh I remember the Gulf War. I remember what you were doing,’” said Blitzer. “They still associate me with those months of Operation Desert Shield and Operation Desert Storm, and it’s a source of pride to me that I quote ‘became famous’ covering that war.”