Xi Jinping: The power and fragility of China’s leader 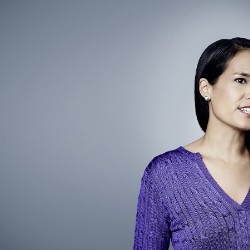 China's President Xi Jinping has consolidated his grip on power

Internet and media have been subject to much tighter controls

Xi could be vulnerable amid a slowing economy and market volatility

With a simple sketch, he brings China’s paramount leader to life…

Harrison is well known and admired in Hong Kong for his cutting cartoons, many of which include his furry go-to symbol for China.

And in a cartoon specially commissioned for CNN’s “On China” program, Harrison depicts Chinese President Xi Jinping as the man inside the black-and-white fur suit.

There has been a recent push to anoint Xi as the “core” of China’s Communist Party. Only a very few Chinese leaders have held this title, which officially designates him as a leader of extraordinary stature and unquestioned authority.

“Xi Jinping has been extremely successful in the past few years in building up his power base,” says noted China watcher and Chinese University of Hong Kong professor Willy Lam.

“He is arguably more powerful than Deng Xiaoping.”

Affectionately called Xi Dada, or “Uncle Xi,” he has been admired for advancing the “Chinese Dream” – a vision of a stronger nation.

Xi Dada has also wielded his power to crack down on corruption, while also targeting human rights defenders and allegedly reining in dissent even beyond China’s borders.

The Internet and traditional media have also been subjected to much tighter controls since Xi assumed power.

“He’s aggregated a tremendous amount of power. He controls all these leading groups, the economy and foreign affairs so the buck stops with him,” says Mike Chinoy, a senior fellow at the University of Southern California’s U.S.-China Institute (and former CNN Beijing Bureau Chief).

“And there are a lot of people he has antagonized, waiting for him to do something wrong.”

During his first three years in power, Xi has launched a sweeping anti-corruption campaign. And while the Chinese president himself maintains that his graft crackdown is no “House of Cards,” observers continue to question his motives.

“The anti-corruption campaign has made him extremely popular with the masses in the last three years,” says Wang Feng, editor-in-chief of FT Chinese, the Chinese-language version of the Financial Times.

“But I feel we are seeing a turning point very soon.

“Not only has it scared thousands of potentially corrupt officials within the party ranks, it’s also stopped actual policymakers from doing their real jobs.”

No one in the Party dares to step up and question China’s man in charge, and world leaders seem equally reluctant to raise the issue of human rights and in fact welcome the Chinese leader – and the world’s second-largest economy – with open arms.

Since he came to power, Xi has visited more countries than Barack Obama. And with his glamorous first lady Peng Liyuan at his side, he has projected a confident image of a modern China on the world stage.

But as Xi projects China as a rising superpower eager to cut trade deals, he has also flexed China’s muscles in the South China Sea – generating tensions with his neighbors.

“Internationally, you have a kind of paradox here,” says Chinoy.

“One one hand, Xi Jinping travels the world and gets wined and dined in Buckingham Palace, and goes to the developing world to unveil huge infrastructure projects.”

“On the other hand, you have a very muscular assertion of China’s own interests that has antagonized a lot of countries in the region.”

How China wages its war on the Internet

And that muscle-flexing has earned the Chinese leader plaudits from many young people, who favorably regard Xi as their very own Vladimir Putin.

“This is a very assertive, seemingly powerful leader, unafraid to speak his mind, unafraid to clash with international powers, unafraid to stand up for what’s been in China perceived as protecting the interests of ordinary people,” says Wang.

“A considerable portion of the population is now middle class. They are more worried about their stock holdings than what happens to the East China Sea or South China Sea islands.”

So how vulnerable is Xi Jinping as China struggles with volatile markets and a slowing economy?

“Recently, many senior former financial regulators in China commented on the shortage of top degree talent and financial regulation talent in the CSRC (China Securities Regulatory Commission) and the central bank. That is actually a very worrying trend that is partially to do with the anti-corruption campaign.”

“Xi Jinping has been doing very well in terms of consolidating power. But even if he stays in power, whether Xi can weather current economic problems is a big question mark,” adds Willy Lam.

But as Xi stares down a growing list of political enemies and an economy in uncharted waters, he manages to maintain an aura of strength and power.

“You wouldn’t really want to mess with him,” says cartoonist Harrison, while doodling the Chinese leader in pencil and black ink.

“I always imagine he could handle himself in a cage fight with Putin if he came to it.”