Woman, 106, dances with joy at meeting the Obamas

Obama to McLaurin: "Slow down now"

In 2014, McLaurin began a social media campaign to meet the Obamas

McLaurin: "I thought I would never live to get in the White House"

Virginia McLaurin waited all her life to see an African-American in the White House. So, when she finally got a chance to meet President Obama, the 106-year-old woman couldn’t contain her excitement.

She squealed with delight. She waved her cane in the air. And she danced – busting moves that have made her the newest Internet darling.

Viral video: Crying girl ‘not ready’ for Obama to leave

In a video posted by the White House Sunday night, McLaurin opens her arms wide, greets Obama with an excited “Hi!” and begins swaying.

“It’s an honor, it’s an honor,” she tells the President. McLaurin was at the White House to celebrate Black History Month.

Obama asks if McLaurin wants to meet the first lady and the answer is an obvious one. As she rushes over, Obama, who appears amused, says, “Slow down now. Don’t go too quick.”

Michelle Obama is in disbelief when her husband mentions McLaurin is 106.

“I wanna be like you when I grow up,” Michelle Obama tells her.

“You can,” McLaurin replies.

In 2014, McLaurin began a social media campaign to meet the Obamas.

She filmed a YouTube video in which she explained, “I didn’t think I’d ever live to see a colored president. I am so happy. I pray for you every day of my life.” The YouTube video was accompanied by a White House petition and a Facebook page. 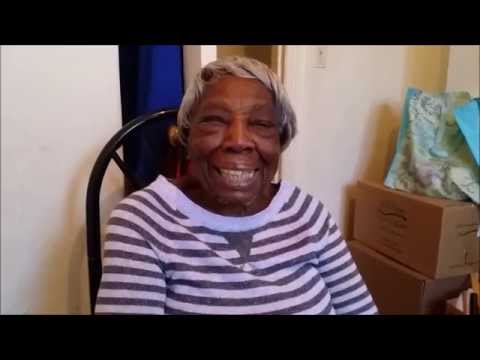 At the White House, the Obamas and McLaurin held hands and playfully danced before posing for a photo.

“I thought I would never live to get in the White House,” McLaurin tells the Obamas. “And I tell you, I am so happy.”

McLaurin was born in South Carolina in 1909. In 1941, she moved to Washington, D.C. where she has resided ever since. She has lived through 18 presidents.

A much younger fan

Another video featuring a fan of President Obama, though one on the other end of the age spectrum, went viral last week.

A woman named Caprina Harris posted a video on Facebook of her granddaughter crying. “Barack Obama is fixing to go,” the little girl sobs.

Harris tells her that Obama’s second term is almost up, explaining that Americans can vote for a new president. “I’m not ready for a new one,” her granddaughter says.

The White House tweeted President Obama’s response on Friday: “Caprina, tell her to dry her tears.”