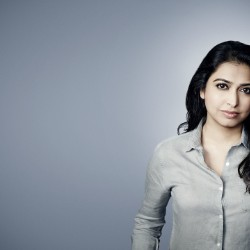 In Thailand, "luk thep" dolls are thought to bring their owners good fortune

Famous doll owners have been ridiculed on social media

Bookko is one of Thailand’s most popular television presenters and actors.

He appears in television series, on radio shows and in films. But off set, he’s rarely seen without his doll.

The 30-year-old comedian is one of a number of celebrities who’ve adopted what’s known in Thailand as “luk thep” or “child angel dolls.”

Their owners believe the “child angels” are mystically transformed into sacred beings with the blessing of a monk. The monk’s role is to match the right doll to the right parent and select the doll’s “birthday” on date auspicious for the parent.

Some dolls are from people who claim to have used black magic to insert the spirit of a child. But Bookko’s doll came from a man – about one year ago – who simply blesses them, like a new house, or car would be in Thailand.

We asked to spend the day with Bookko to get a feel of what it’s like to have a “child angel.” He was initially reluctant, as he didn’t want to risk inflaming the backlash – largely on social media – against the dolls.

As soon as I walk in, he introduces me to his “son,” Wan Sai, which means “good day” in Thai. “Every day is a good day with Wan Sai!” Bookko beams.

The doll has chubby cheeks and a pout – picked apparently to look just like Bookko. Today, Wan Sai is dressed in a Bumble Bee outfit. Bookko likes dressing him up and he says they wear matching outfits. By sheer coincidence, I was wearing a yellow top so we matched too.

PHOTO: Saima Mohsin/CNN
Like many children, Wan Sai fails to look at the camera for a photo.

“He’s with me 24 hours a day. Or sometimes he stays home with my mom & sister,” Bookko said. “My mother really likes taking care of him. We don’t see him as a god or some sacred item, which needs to be treated with extra respect. Everyone thinks Wan Sai is a member of our family.”

Bookko tells me he eats, sleeps and spends all day with Wan Sai. “He sits beside me on my table. I just ask for an extra plate for him and put rice on it. I don’t go over the top. I just treat him like normal.”

However, critics say the craze is anything but normal.

Thai writer Poo Chitakorn Busaba said of doll owners in a scathing Facebook post, “It reflects the level of your intelligence… you can’t bring your personal world out to violate public spaces and expect no reactions.”

Reactions range from ridicule to frequent requests to “hold the baby.” On the set of a TV commercial Bookko was filming, Wan Sai was passed around like a real child. But often the one left holding him was Bookko’s manager, Leo Natthapong.

PHOTO: Saima Mohsin/CNN
When Bookko is busy, others help out with childcare.

“Some people might feel uncomfortable, we do care about that and many may not understand. But you can see many people want to take photo with Wan Sai too,” Natthapong said.

Fears of black magic have prompted some restaurants and hotels to ban the dolls, however others are offering children’s meals. The Thai Civil Aviation Authority recently ruled that while parents can buy seats for their dolls on flights, they’ll be treated as luggage and must go through security scanners.

A lot of people, including businessmen, think the dolls bring wealth and fortune.

I wondered if Bookko thought the same. Is Wan Sai bringing him luck?

“My work life was already good. So the way Wan Sai fulfills me is by being my friend,” Bookko said.

“People have different beliefs. Some may have faith in it, some may not. That’s all fine. To me this is a modern-day sacred item of the 4G era! I don’t care how people look at me, I’m happy when I’m with Wan Sai.”

However, there are already signs this trend has begun to fade, with a growing number of wide-eyed “children” being abandoned at Thai temples. Presumably, Wan Sai won’t be one of them.