Adele cried because of her Grammys performance

Adele cried because of her song, too.

The superstar singer told Ellen DeGeneres on her talk show Thursday that she was embarrassed by her less-than-stellar Grammys performance Sunday night.

“I woke up the next morning to people in England being like, ‘We still love you, don’t worry,’ ” she said. “And I was like, ‘I didn’t ask you if you still loved me, but thanks.’ I was so embarrassed.”

Adele Gets Candid with Ellen 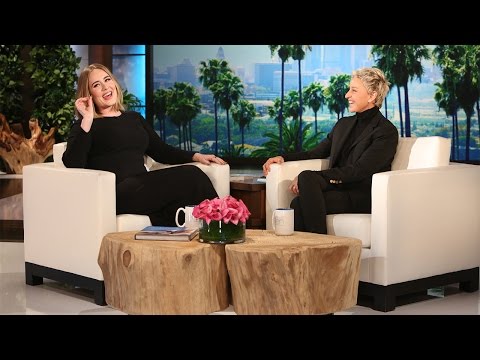 The issue was a microphone falling on the piano that accompanied her. She wanted to explain to fans that it wasn’t, as some speculated, Justin Bieber rehearsing for his performance.

“We’re on great terms,” she said of her and Bieber.

The snafu caused her to be a bit emotional, Adele said, and she cried the entire day after the Grammys. But she insisted that she is “always a bit pitchy.”

Rest assured, Adele said she pulled through it.