McCartney asked, "How VIP do we gotta get?"

TMZ was there to capture the moment Macca was turned away. 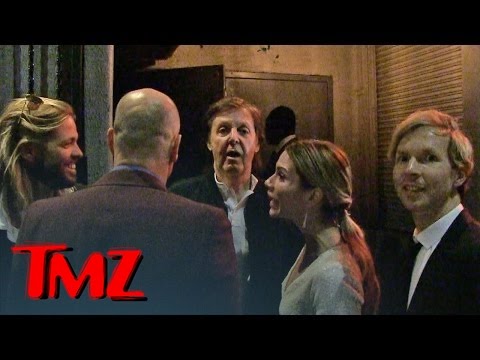 “How VIP do we gotta get? We need another hit guys,” McCartney said, while standing outside the Argyle in Hollywood.

And the former Beatles member and renowned solo artist wasn’t the only music star barred from entering the party of Kylie Jenner’s boyfriend either. Beck, 2014 Grammy rock album of the year winner, and Foo Fighters drummer Taylor Hawkins were with McCartney at the time.

Tyga took to Twitter to clear the air. He said McCartney is a legend and questioned why he would deny him entrance.

Why would I deny @PaulMcCartney stop it. He's a legend 🙏🏾

To add to his defense, the rapper said he didn’t control who got into his party. He said he just performed and left.

I don't control the door. I had no knowledge SIR PAUL was there. I just performed and left.

McCartney’s night when on and he and his crew reportedly took their star power to Republic Records’ party at Hyde.