Lowe's chain donates $500,000 in repairs and upgrades to Spain Elementary

A crumbling Detroit elementary school is getting help from some famous friends, including Ellen DeGeneres and Justin Bieber.

After hearing about low-income students at Spain Elementary School who are enduring a damaged roof, a torn-up gym and classrooms with no heat, DeGeneres came to the rescue.

The talk show host has announced that the Lowe’s chain of home-improvement stores will donate $500,000 to repairing the school, including $50,000 in new computers and a $100 Visa gift card to every teacher and staff member.

“I wanted to surprise you,” DeGeneres told the school’s community in a video posted online Wednesday. “I love your school, I love what you stand for.”

Ellen's Biggest, Most Generous Giveaway Ever! 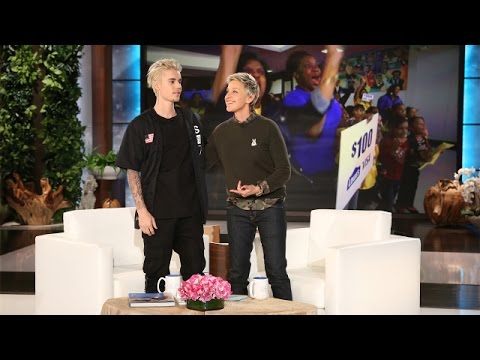 In addition, DeGeneres recruited pop singer Justin Bieber, who made a surprise appearance in the video to pledge he will donate a dollar of every ticket sold for his suburban Detroit concert on April 25.

DeGeneres also leveraged the power of her audience by creating a GoFundMe page where people can donate money to the school. As of Friday afternoon it had attracted more than $50,000 in donations.

This aid comes after recent media coverage exposed dangerous conditions at Spain Elementary and its teachers staged that closed the school for two days.

‘We are failing them’: Detroit teachers demand fix to ‘hazardous’ school

Teachers and staff members have complained to Detroit’s public school system, saying the conditions are threatening the students’ health and future. Teachers say they have seen roaches and mice crawling on the floors. The school’s playground and gym are unusable, so students bounce balls in the halls.

The school nurse, India Brimberry, said she has noticed a pattern of students suffering from nose bleeds, vomiting and stomach aches due to changes in temperature and other conditions.

Many of the teachers, including Ellen Morgan, say they have remained at the school despite it all because of their love for the students.

“We do what we need to do,” Morgan said in response to a question by DeGeneres. “We don’t complain. We do it because we love our babies.”

With the help of DeGeneres, Lowe’s and Bieber, Spain Elementary now has a chance to rebuild and become a proper environment for its students.

Even before anything was donated, Principal Ronald Alexander expressed his love for DeGeneres.

“Of all the people in the whole world, I am the happiest principal on earth,” he told the TV host. “I love you. We love you. I love you, again.”