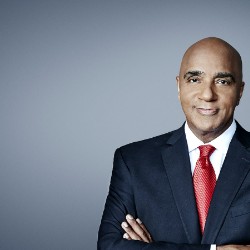 “The focus was to deal with the litany of issues that African-American and Latino voters are facing,” Sharpton told MSNBC’s Tamron Hall.

The meeting at Sylvia’s, a famed New York City restaurant in Harlem, lasted about 20 minutes and was initiated by Sanders supporter and former NAACP head Ben Jealous, Sharpton said.

Sharpton declined to make an endorsement.

“I’m more about agendas than a candidate right now,” Sharpton said on MSNBC. “The agenda must be front and center in South Carolina.”

A source familiar with Sharpton’s thinking following Wednesday’s meeting said the activist is concerned that Sanders may not be able to accomplish any of the things he is promising.

But Sharpton has his reservations with Clinton, too, the source said. Specifically, he is unhappy with Bill Clinton’s disparaging remarks about then-Sen. Barack Obama’s narrative in 2008, calling it “one big fairytale.” Sharpton, the source said, is also unhappy with the welfare reform policy Clinton crafted with congressional Republicans in 1996 and his 1994 crime bill that led to increased incarceration rates among African-Americans.

Sharpton told journalists following the meeting that he does not want the concerns of African-Americans moving out of the White House after the end of Obama’s presidency.

Sharpton later tweeted a video of supporters cheering when he and Sanders entered the eatery, which is a popular spot for politicians courting black voters.

NOW: @BernieSanders and @TheRevAl have breakfast at Sylvia's in Harlem after NH #FITN win. @PIX11News pic.twitter.com/L9tOuFCqAD

He said Sanders sent a symbolic message following his “landslide victory” in New Hampshire by choosing to meet with Sharpton the morning after in Harlem.

Hillary Clinton also was planning to meet with various heads of major civil rights organizations later this month and Sharpton asked Sanders to do the same.

On Wednesday, CNN political commentator Errol Louis said Sharpton was “a good friend to have” in what is shaping up to be a protracted primary fight.

“Any hope of a Democratic victory in November depends on heavy turnout by black voters. So it’s smart politics for Clinton and Sanders to make as many friends among black political leaders as possible,” Louis wrote.

Appearing on ABC’s “The View” later Wednesday morning, Sanders was asked how he planned to gain African-American votes.

Sanders responded by saying his policies on criminal justice reform and addressing youth unemployment would appeal to the community.

“Don’t tell me we do not need to invest heavily in the African-American community and create decent-paying jobs,” he said.

South Carolina Democratic Rep. Jim Clyburn told CNN’s Wolf Blitzer on “The Situation Room” Wednesday afternoon that he was getting pressure from his family to endorse a candidate but said he would not be picking anyone this week.

In his 2014 memoir, Clyburn recalled getting a call from former President Bill Clinton in 2008 in the middle of the night accusing him of supporting Obama over Hillary Clinton in the Palmetto State.

“If you bastards want a fight, you will damn well get one,” Clyburn recounted Bill Clinton saying.

But Clyburn said Wednesday that his relationship with the Clintons now is “great” and said he had spoken with both Hillary Clinton and Sanders recently.

“So the relationship between me and the Clintons is like any other relationship. Sometimes things get testy,” Clyburn said.