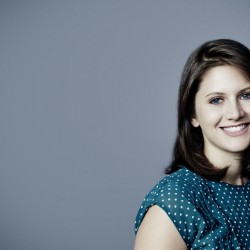 A line of full of cars and voters is still waiting to get into a polling place in Merrimack, New Hampshire

Even after the voting was supposed to be finished in New Hampshire on Tuesday night, a line of full of cars and voters were still waiting to get into a polling place in Merrimack.

Town Moderator Lynn Christensen, who has overseen elections in Merrimack for 27 years, called it “a major fiasco,” blaming the bottleneck on a decision to create one-way traffic in the direction of the Merrimack High School polls.

“That road just cannot handle the volume of people coming in at once,” she told CNN. “I believe (the plan) came from the police department. They felt that this was a reasonable way to do it and it sounded good. It just didn’t work.”

Despite those panicky moments, Christensen said nobody who arrived at the polling place was kept from voting, and she did not hear of police turning away voters.

The polls ended up staying open a little more than an hour past their planned 7 p.m. ET closing time.

“I went to the attorney general’s office, the secretary of state’s office. They consulted and came back and gave me permission,” she said.

It remains unknown how many, if any, potential voters were turned back or chose to go home while still on the road in their vehicles.

Still, she predicted a downtick in turnout at the polling location, despite large turnout around the state.

Voters who arrived just before closing time Tuesday night told CNN that they saw numerous people turning around due to traffic on the road to the polling location.

Renee Beijar, a 26-year-old hospital administrator, said she sat for an hour-and-a-half in a half mile of traffic to cast her ballot for Florida Sen. Marco Rubio.

“I needed to get my vote in,” she said. “There was a lot of people turning around. I think that’s the only reason I moved a lot otherwise because most of the cars turned around.”

Twenty eight year-old Gwen Hurd, who works in college admission, sat in traffic for an hour Tuesday morning before turning around so that she could get to work in time.