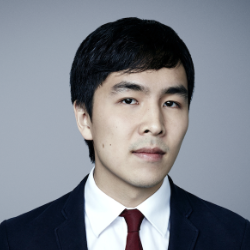 A government crackdown on illegal street food vendors turned violent in Hong Kong in the early hours of Tuesday morning, as riot police clashed with protesters in the shopping district of Mong Kok.

The disorder erupted following government officials’ attempts to evict street vendors who were selling fishballs and other local delicacies during the Lunar New Year holiday.

Traditionally, authorities have turned a blind eye to unlicensed food stalls during the festive period, but authorities took a stronger line against them this year, fencing off areas which had previously been used by the hawkers.

Dozens of protesters hurled bricks and bottles at police who responded with pepper spray and batons. Police also reportedly fired two warning shots during the clashes.

Responding to a reporter’s question about the shots fired, Hong Kong’s highest-ranking official, Chief Executive Leung Chun-ying replied: “Everyone has seen what happened on TV… Police were lying on the ground and injured but people kept attacking.”

After sunrise on Tuesday, fires were still burning from rubbish tipped from trash cans. Around 100 protesters were gathered in the area, some of whom were ripping bricks from the sidewalk to hurl at police.

Officers in riot shields deflected the bricks and at one stage charged the protesters, some who later appeared to be bloodied.

A police spokesman said 54 people had been arrested, ranging in age from 15 to 70, and 90 police personnel were injured. Some of the injured officers had broken bones and head wounds.

PHOTO: Wilfred Chan/CNN
Riot police and a protester scuffle in a street in Mong Kok on February 9.

Addressing reporters Tuesday, Leung said that the protesters’ actions – and the police response – spoke for themselves.

“I believe the public can see for themselves on TV and (from media) reports the seriousness of the situation,” he said. “The police (are) under strict guidelines for the use of force.”

He added that other police officers had to take all necessary actions to maintain peace.

“Compared to other major cities in the world, the police has shown the greatest degree of restraint in handling the situation.”

He added that a scheduled firework display planned for Tuesday night above the city’s harbor would go ahead as planned.

During the clashes, hashtag #fishballrevolution quickly gained traction, a reference to the street food the vendors were selling.

Hong Kongers took to social media such as Facebook and Twitter – which, unlike in Mainland China are not blocked – sharing images and video of the disturbance.

While most Hong Kong Police officers are armed, gun violence in the city is very rare and officers rarely have call to unholster their weapons.

Other posts showed video of a tense standoff between police in riot gear and protesters, and images of bricks broken up to be thrown at the police.

The clashes come at a time of worsening relations between Hong Kong and the central Chinese government, with many concerned about Beijing encroaching on the city’s freedoms.

Most recently this has manifest itself in uneasiness surrounding the disappearance of a number of booksellers and publishers who deal with material critical of the Chinese government. Critics insist that the men were illegally spirited out of Hong Kong and Thailand by mainland authorities.

The majority of the protesters in Monday night’s were young, although there was no evidence that the disturbance was linked to Hong Kong’s Occupy movement.

That 2014 movement, also known as the “Umbrella Revolution” saw tens of thousands of protesters, many of whom were students, taking to Hong Kong’s streets – including in Mong Kok – for 11 weeks in 2014 to protest what many saw as a declaration denying this semi-autonomous city’s freedoms by Beijing. During the early days of the Occupy protests, police were criticized for their heavy-handed approach to the peaceful demonstration.