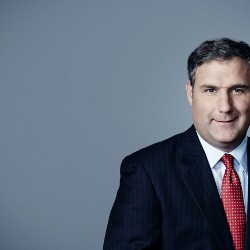 Watch CNN’s Democratic debate in Flint, Michigan, at 8 p.m. ET Sunday. The event will be live-streamed online at CNN.com and simulcast on CNN International and CNN en Espanol.

Hillary Clinton and Bernie Sanders will debate next month in Flint, Michigan, a city thrust into the national spotlight after it was discovered residents were drinking toxic tap water. The debate will air on CNN, the Democratic National Committee announced on Sunday.

The internationally televised event on March 6 will take place two days before the Michigan and Mississippi primaries and is part of a broader deal reached by Clinton and Sanders to add more DNC-sanctioned presidential primary debates to the schedule.

“Our Democratic candidates have run spirited campaigns focused on how to best move our country forward, and our upcoming debate in Flint, Michigan is a critical setting to highlight what’s at stake in these elections,” said DNC Chair Rep. Debbie Wasserman Schultz. “This debate is an opportunity to elevate the very serious issues facing the residents of Flint, and it’s also an opportunity to remind voters what Democratic leadership can do for the economy – so that everyone in America has a fair shot.”

The problem with Flint’s water supply arose when its source was switched to the Flint River from Lake Huron. The water was found to be highly corrosive and extremely dangerous to residents’ health.

Flint, a city that once relied on the auto industry, has hit hard times as local officials estimate that more than 40% of it residents live below the poverty line and 50% of the homes have been abandoned.

The National Association for the Advancement of Colored People charged that action to change the water supply would have been quicker if Flint wasn’t such a poor community.

“While it might not be intentional, there’s this implicit bias against older cities … with poverty (and) majority-minority communities,” Michigan Rep. Dan Kildee said.

Sanders and Clinton have both addressed the issue on the campaign trial. Sanders has called for the resignation of Michigan Gov. Rick Synder, a Republican, and Clinton, who has argued that the crisis was ignored in part because the city is poor and largely African-American, will leave the New Hampshire campaign trail on Sunday to highlight the crisis.