Babies conceived due to Super Bowl excitement get their own ad

Super Bowl Babies sing "Kiss from a Rose" along with Seal

The highly anticipated Super Bowl 50 commercials have been preceded by a spot the NFL released Monday to remind fans of the excitement that a Super Bowl can bring.

The “Super Bowl Babies Choir” commercial features babies, children and adults who were born nine months after their parents’ favorite team won the Super Bowl. According to the NFL, birth rates in winning cities increase nine months after the big game. The ad also shows snippets of reactions to past wins to show the excitement that could have caused this surge.

The “Super Bowl Babies” come together in choir form, each wearing apparel of the team responsible for their conception, and sing to a parody of Seal’s “Kiss from a Rose” with Seal himself singing along. 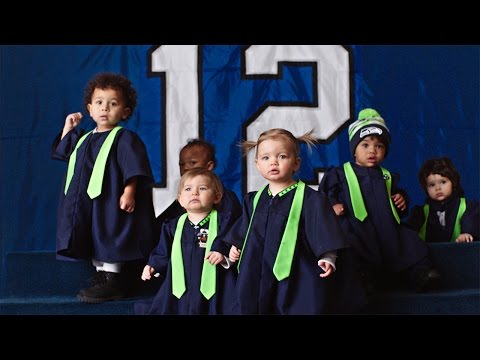 The combination of the adorable 2014 Super Bowl babies and cute lyrics left viewers praising the commercial.

The ad also prompted some viewers to ponder whether they might be a Super Bowl baby as well.

Other viewers attempted to decipher the true message of the commercial.

#SuperBowlBabies is the #NFL's way of telling fans "you wouldn't even be BORN if it wasn't for us!" https://t.co/UwvV6HE0YR

The commercial is successfully getting fans excited for the 50th Super Bowl between the Panthers and the Broncos. Now the only question is whether there will be a surge in birth rates in Charlotte or Denver nine months from now.