We may have a future Olympian on our hands – at least that’s what her parents are hoping for.

Sloan Henderson, a 14-month-old from North Salt Lake, Utah, is learning to shred some slopes.

Her father, Zach Henderson, recorded Sloan’s first snowboarding attempt at Park City Mountain Resort on Thursday and shared the video on YouTube. She was a natural.

Zach Henderson and his wife Katie, both snowboarders, agreed that as soon as Sloan could walk, they would see how their daughter fared on the snow.

The couple was impressed with how quickly she picked up walking at 13 months. Babies normally walk well between 12-15 months old, according to the National Institutes of Health.

Sloan's first run in the backyard 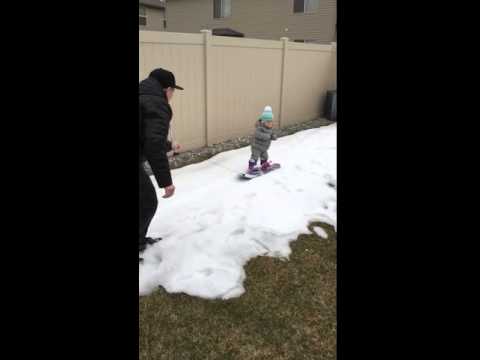 The Hendersons bought some boots from Nordstrom and ordered her the smallest board they could find. After a few modifications so her feet weren’t too far apart on the snowboard, Sloan was ready for her first steps toward snowboarding.

It was a steady process to get her onto the slopes. Sloan’s parents eased her into the movements of snowboarding. First, they started her on the carpet in their home, then they moved to the backyard and finally to the snow-covered slopes. 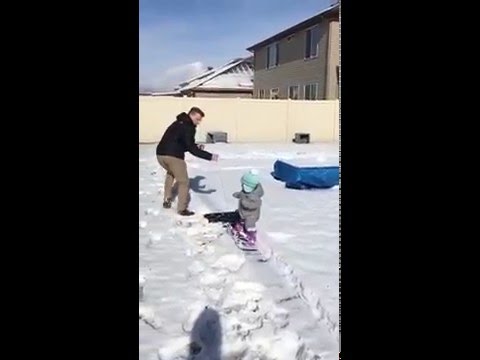 She’s caught the snowboarding bug. The toddler has a YouTube channel about her snowboarding adventures. Her father said it has been fun showing off her daughter’s skills.

The best part, he said, is having an activity the entire family can enjoy together.