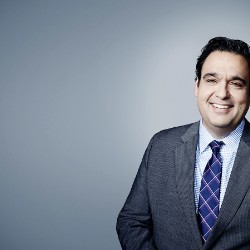 “Affluenza” teen Ethan Couch, convicted in a fatal 2013 drunken-driving accident, is in the custody of Texas juvenile authorities after being deported and put on a flight out of Mexico City on Thursday, Tarrant County Sheriff Dee Anderson said.

A Tarrant County, Texas, judge ordered that Couch will remain in custody after being returned from Mexico, setting up a February 19 hearing over transferring his case to adult court as the next pivotal moment in the case.

Couch will likely remain in custody until that hearing, prosecutor Richard Alpert said after the hearing.

Couch’s attorney, Scott Brown, has said they will not fight a transfer of the case to adult court. Couch could be sentenced to 120 days in jail.

“We are optimistic that Ethan can complete, successfully complete, his probation once he’s transferred to adult court,” Brown said.

Couch attended Friday’s hearing, but his parents did not. He did not speak.

Whether the teen will remain in the custody of juvenile authorities, as he is currently, or will be transferred to an adult facility remains to be seen, Alpert said.

Couch disappeared in December, nearly two years into a 10-year probation stemming from the drunken-driving accident in which four people died. His mother also went missing.

They vanished after a video surfaced that appeared to show him at a party where alcohol was being served, a violation of his probation.

Authorities tracked Couch and his mother to Mexico, where they were detained last month. Couch was returned to the United States on January 28.

Couch’s case drew widespread attention after his attorneys argued the accident was partly to blame on what they said were indulgent parents who failed to set limits for the teenager, who was 16 at the time of the fatal crash.

A psychologist who testified on the teen’s behalf described the condition as “affluenza.”

Brown said Friday that the teenager is sorry for what’s happened and concerned for his future.

“Just because he hasn’t come out and given a public statement to y’all doesn’t mean he’s not remorseful,” Brown told reporters.

But prosecutors and family members said after the hearing that Couch has never apologized for anything or shown any remorse to families.

Even if his case is moved to adult court, the most he could be sentenced to is 120 days in jail.

But Alpert said authorities will closely watch him after his release and would move swiftly to revoke his probation should he violate it.

Couch’s mother, Tonya Couch, is facing a separate investigation. She has been charged with hindering her son’s apprehension and is free on $75,000 bond, CNN affiliate KTVT-TV reported.

CNN’s Greg Botelho and Jason Morris contributed to this report.