Paul Kantner of Jefferson Airplane and Jefferson Starship was 74

He was key in developing the San Francisco sound in '60s, Recording Academy CEO says

Paul Kantner, a founding member and guitarist in the ’60s psychedelic rock band Jefferson Airplane and its successor, Jefferson Starship, has died, the Grammy Awards Twitter page said. He was 74.

The statement did not mention a cause of death.

“Paul was a key architect in the development of what became known as the San Francisco Sound,” Neil Portnow, president and CEO of the Recording Academy, the organization in charge of the Grammy Awards, said in a statement. “The music community has lost a true icon.”

The academy named Jefferson Airplane one of its annual Lifetime Achievement Award recipients this month.

“Although he never wrote or sang lead on a hit single, Paul Kantner had the greatest impact on Jefferson Airplane/Starship of any member,” the band says on its website.

Kantner and Jefferson Airplane were pioneers of psychedelic rock – their sound fused fuzzy, distorted, reverb-filled tones with influences from folk, rock and the blues.

Paul Kantner was my friend,roommate, pal..we wrote Wooden Ships together with Stephen
I'm going to miss him

The Airplane helped define the San Francisco music scene in the 1960s, debuting at the Matrix nightclub in 1965, about a year before its first album, “Jefferson Airplane Takes Off,” was released.

“We didn’t even know what we were doing when we started doing it,” Kantner said in a 1970 interview with Rolling Stone. “Looking back, all we were saying was, ‘Look, we’re having a good time.’ And nothing else.”

Paul Kantner was no less than one of the very few spokesmen for the entire hippie generation. Smart and funny with a deep rebel streak. Huey

Grace Slick, whose powerful vocals added another unique element to the band’s sound, joined the group in 1966, bringing two songs with her from her previous band, the Great Society.

Those songs, “Somebody to Love” and “White Rabbit,” became Top 10 hits the following year on “Surrealistic Pillow,” one of the defining rock albums of the late ’60s.

Kantner and Slick were romantically involved and had a daughter together, China.

Slick posted a photo of Kantner on her Facebook page Thursday along with a brief tribute: “Rest in peace my friend. Love Grace.”

Multivocal harmonies were a staple of the Airplane, with male lead singer Marty Balin and Slick soaring over one another and Kantner weaving in. In a 2011 interview, Kantner said this interplay is “maybe the best thing I do in the bands that I’ve been in.”

And the music was largely improvisational.

“We are an orchestra without rules,” said Kantner, who was born and raised in San Francisco. “By the time Grace got with us, I’d just throw the song out on the stage and (say) sing, everybody!”

“We never rehearsed that stuff.”

The band performed at three of the legendary music festivals of the ’60s, including the Monterey Pop Festival, Woodstock and the ill-fated Altamont.

Jefferson Airplane -Somebody to love , White rabbit (live at Woodstock) 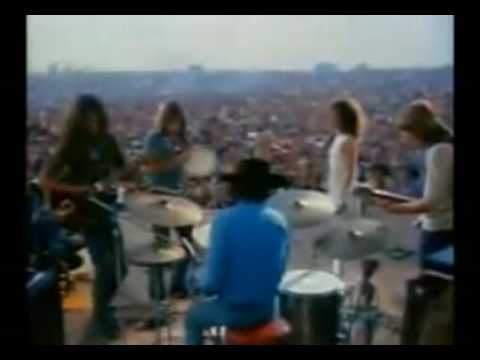 Among the artists that opened for the group were the Grateful Dead, Santana, the Doors, Jimi Hendrix, Creedence Clearwater Revival, the Who, Janis Joplin and Big Brother and the Holding Company, and Steve Miller.

Kantner wrote or co-wrote many of the Airplane’s best-known songs, including “The Ballad of You and Me and Pooneil,” “Crown of Creation,” “We Can Be Together” and “Volunteers.” His interest in science fiction and post-apocalyptic themes was perhaps best exemplified in “Wooden Ships,” which he wrote with Stephen Stills and David Crosby.

The band had broken up by 1973, after which Kantner, Slick and Balin formed a new band, Jefferson Starship. That band had a string of soft-rock hits in the 1970s, mostly sung by Balin, including “Miracles” and “Count on Me.”

Kantner was not involved with Slick’s spinoff band Starship, which forged a slicker pop sound and scored No. 1 hits in the ’80s with “We Built This City” and “Nothing’s Gonna Stop Us Now.”

On social media some were lamenting Kantner’s death as yet another recent loss for fans of ’60s and ‘70s music. This month has also seen the deaths of David Bowie, the Eagles’ Glenn Frey and Robert Stigwood, famed producer of the Bee Gees.

In 1996 Jefferson Airplane was inducted into the Rock and Roll Hall of Fame along with Gladys Knight and the Pips, Pink Floyd, the Velvet Underground and Bowie. 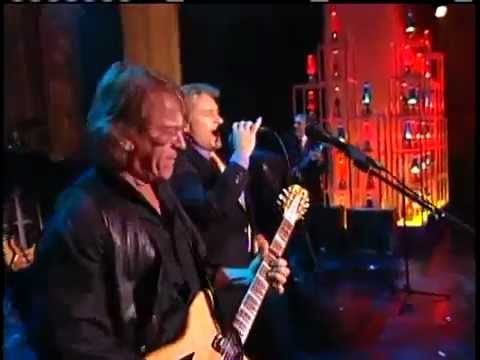 “We were just one of the louder people on the scene,” Kantner said during his acceptance speech.

He ended the speech by raising his trophy and giving a shout-out to the city by the bay.