Dan Haggerty, who played mountain man Grizzly Adams in a hit movie followed by a TV show in the 1970s, has died. He was 74.

Haggerty died Friday morning at a Burbank, California, hospital after battling cancer for five months. Doctors discovered the cancer after he had surgery for back pain, Haggerty’s family said in a statement.

The actor started taking chemo last summer for a spinal tumor, said Bomar, who was friends with the star for nearly 20 years and had been his manager most of that time.. Haggerty thought his condition was improving, but doctors later found a spot on his lung, he said.

“I talked to him yesterday and told him we’re praying for him,” Bomar said. “I told him ‘I love you, man.’ The last thing I heard him say was “I love you.’ ”

With his long hair, full beard and 6-foot-1 build, Haggerty seemed born to play Adams, who was based on a 19th-century frontiersman. The character was a wrongly accused man who saves and raises a grizzly bear cub. The bear becomes his constant companion as Adams travels the West, caring for wild animals he finds.

“The Life and Times of Grizzly Adams,” made for a low six-figure budget, became one of the biggest movie hits of 1974. Three years later NBC turned it into a TV show with the same name.

“The Life and Times of Grizzly Adams” lasted two seasons, but the show’s unique subject and Haggerty’s rugged looks gave the star a name.

Haggerty said he got the job after another actor didn’t work out.

A producer saw him in a movie and asked his secretary – who happened to be Haggerty’s wife – if he was available.

The Life and Times of Grizzly Adams: Season Two (1977) Dan Haggerty On Getting the Role 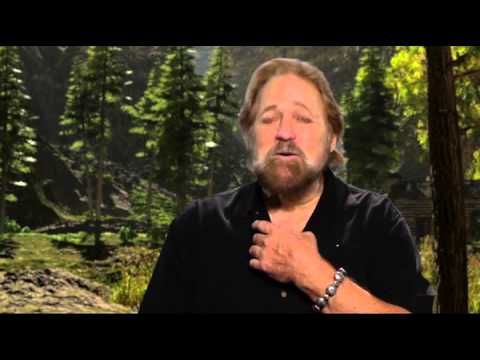 “I came down from Canada, met this guy and he said, I made this movie called ‘Grizzly Adams’ but I’m not crazy about it. How would you like to be Grizzly Adams?” Haggerty recalled. The film grossed more than $50 million worldwide.

The character later returned in a 1982 TV movie.

Haggerty was friendly with wild animals in real life as well. As a Malibu, California-based stuntman and performer before the show started, he had a leopard, a cougar and a tiger on the ranch he shared with his wife and daughters.

Haggerty started his career in beach pictures and biker flicks. After “Grizzly Adams,” he made horror movies and outdoorsy flicks. He also opened a Los Angeles restaurant in 1991.

He suffered a motorcycle crash in 1991. In 2008, a crash claimed the life of his wife, Samantha, according to the Los Angeles Times.