The lawmaker who invited Kim Davis is Rep. Jim Jordan (R-Ohio). “Kim Davis used our ticket. Our staff heard from the Family Research Council that Ms. Davis and her family hoped to attend the State of the Union address and so we offered a ticket,” he said.

Kim Davis has a secret admirer.

Someone – a member of Congress, more specifically – invited the controversial county court clerk from Kentucky to the State of the Union address, but she’s not saying who.

Davis was briefly jailed last year when she refused to issue marriage licenses following the Supreme Court’s landmark decision creating a nationwide right to wed to same-sex couples. A representative for Davis’s lawyers at a group called Liberty Counsel would not disclose who invited the Rowan County clerk, but did include her seat number.

Related: Obama goes it alone in final State of the Union address

“We are not releasing the names of the Congressmen who provided tickets for Kim and Mat because the focus should not be on the Congressmen or politics but on why Kim and (Liberty Council Chairman) Mat Staver are there. Kim will be in the gallery tonight as a counterweight to the President’s message. She is representing many Americans who have been adversely affected by the President’s policies, specifically this Administration’s trampling of religious liberty,” said Charla Bansley of Liberty Counsel.

Perhaps there’s a local connection between the group or Davis and the mystery member. But that’s still a pretty long list of suspects. Liberty Counsel is based out of Florida and Virginia. Davis is from Kentucky. There are 44 members of Congress between those three states.

Davis won’t be the only person with a connection to the marriage case to attend the speech Tuesday night. Jim Obergefell was the lead plaintiff in the case, which enshrined his right to marry a man and ran afoul of Davis’s beliefs. His State of the Union invite came from the White House.

The marriage case isn’t the only one of interest on Tuesday. Also in attendance will be representatives of the Little Sisters of the Poor, a group of nuns that is involved in a legal fight with Obama over the Affordable Care Act. They were invited by House Speaker Paul Ryan.

In another break from tradition, there will also be an empty seat, reserved by the White House in the first lady’s box, to honor victims of gun violence. 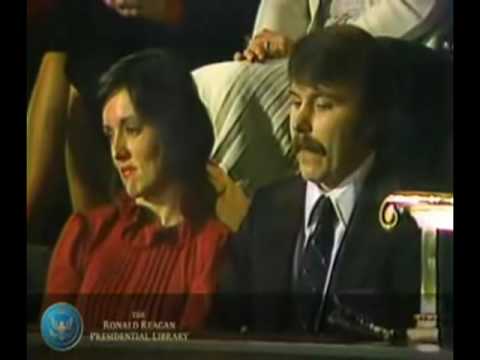 Each year, the State of the Union address features competing slates of guests from the President and the opposing party. They’re supposed to help the politicians make policy points. Ronald Reagan is widely credited with starting the practice after he invited Lenny Skutnik, who had jumped into the Potomac River to rescue plane crash victims.

Reagan pointed out Skutnik during his speech in 1982 and pointing to guests has since become a tradition for presidents. Intentionally anonymous invitations are less common.

The Supreme Court and the State of the Union

The Supreme Court has factored into President Barack Obama’s speeches before. In his first State of the Union address, he criticized the court’s decision to roll back campaign finance limits. His words drew a nod of disagreement from Justice Samuel Alito, who has not been back to a State of the Union address since. Justice Antonin Scalia has even called the practice of the speech a “childish spectacle.”

“It has turned into a childish spectacle,” Scalia told an audience in 2013. “I don’t want to be there to lend dignity to it.”

Chief Justice John Roberts is likely to attend, although even he has not always been a fan of the atmospherics of the event.

The Chief’s presence might also remind viewers who are thinking about the President’s legacy, that his signature legislative achievement would have been doomed without the Chief’s vote.

And speaking of legacy, Obama’s most lasting might well be his appointment of Justice Elena Kagan and Justice Sonia Sotomayor who will last a lot longer than his presidency. Look for Justice Ruth Bader Ginsburg to be there to see the last address. She has joked before about falling asleep but she is usually photographed – in her lacy gloves – giving Obama a hug.

Correction: A previous version of this article misstated who called the State of the Union a “childish spectacle.” It was Justice Antonin Scalia.