Sounds of 'The Seventies'

Editor’s Note: On Friday musician David Bowie turned 69 – and released a new album, “Blackstar.” We are republishing this November 2015 article from Rolling Stone, our content partner.

Music legend David Bowie's new album, pronounced "Blackstar," is daring even for him

One Sunday night in the spring of 2014, David Bowie walked into 55 Bar, a 96-year-old jazz joint tucked away on a quiet side street in New York’s West Village.

A friend, jazz bandleader Maria Schneider, had suggested he check out the night’s headliner, a quartet led by saxophonist Donny McCaslin. Bowie grabbed a table near the stage and took in a set of exploratory jazz, then left without speaking to the band.

“A server was like, ‘Wait, was that David Bowie?’” McCaslin says. “It started dawning on people.”

Ten days later, McCaslin got an email: Bowie wanted him and his drummer Mark Guiliana to join him in the studio.

“I thought, ‘This is David Bowie, and he chose me, and he’s sending me an email?’” McCaslin says. “I tried not to think about it too much. I just wanted to stay in the moment and just do the work [he wanted].”

That work, initially, was only one song: the trippy, jazz-infused “Sue (Or in a Season of Crime),” which Bowie released on his 2014 compilation album, Nothing Has Changed.

Then, last January, Bowie called McCaslin’s entire group to the downtown studio Magic Shop to begin work on his 25th album, ★ (pronounced Blackstar), which is due out on January 8, Bowie’s 69th birthday.

“It did surprise me,” says Guiliana of being asked to play on the album. “But I feel like he’s built a career and artistic identity on surprises. It falls in line with who he is as an artist.” 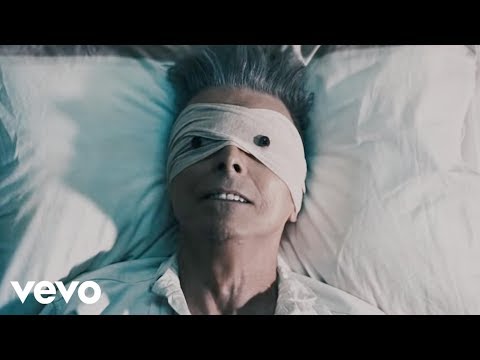 The seeds of ★ date to mid-2014, when Bowie met with longtime producer Tony Visconti and drummer Zack Alford to cut some demos at Magic Shop. Then Bowie disappeared for five months to work on the new material at his house.

“He’s got a little setup there,” says Visconti. “And there was no clear communication from him until December. That’s when he told me he was ready to make the album.”

Two years ago, Bowie released his first album in nearly decade, the relatively traditional (by Bowie standards) rock album The Next Day, which he cut with Visconti and members of his old touring band. For ★, he was determined to do something very different.

“We were listening to a lot of Kendrick Lamar,” says Visconti. “We wound up with nothing like that, but we loved the fact Kendrick was so open-minded and he didn’t do a straight-up hip-hop record. He threw everything on there, and that’s exactly what we wanted to do. The goal, in many, many ways, was to avoid rock & roll.”

10 David Bowie songs that paved the way for ‘Blackstar’

McCaslin and his bandmates were able to handle whatever Bowie threw at them, from Krautrock to hip-hop to pop to jazz, creating an incredible fusion sound that can’t be pinned to any one genre.

“They can play something at the drop of a dime,” says Visconti. “[Keyboardist] Jason [Lindner] was a godsend. We gave him some pretty far-out chords, but he brought a jazz sensibility to re-voice them.”

They cut the album on ProTools, though much of the gear was vintage.

“Jason’s synthesizer didn’t have a computer with souped-up programs like Omnisphere on it,” Visconti says. “He would just do it with guitar pedals, making all the sounds unique. We’re like old school like that. Also, [bassist] Tim Lefebvre was just phenomenal to work with. He pretty much nailed every take right on the spot.”

The album begins with the 10-minute title track, a surreal, haunting song that began as two completely separate tunes before Bowie and Visconti sewed them together. The original version was actually more than 11 minutes long, but they cut it to 9:57 after learning iTunes won’t post songs for individual sale that cross the 10-minute mark.

“It’s total bullshit,” says Visconti with a laugh. “But David was adamant it be the single, and he didn’t want both an album version and a single version, since that gets confusing.”

Bowie hasn’t sung a note publicly since performing “Changes” with Alicia Keys at a New York charity event in 2006, and he hasn’t given an interview in more than a decade. That has led to rumors that Bowie, who underwent emergency heart surgery for a blocked artery after a show in Germany, is in failing health, but everyone involved with ★ insists that’s not the case.

Sessions for ★ often lasted seven hours, and Bowie sang at full force throughout the entire day.

“He’d just go from zero to 60 once we walked out of the control room and into the studio,” says Guiliana. “And his vocal performances were always just stunning, amazing.”

In his downtime, Bowie was working on the Off-Broadway musical Lazarus, in which he was intimately involved in every aspect of production, down to casting.

The album’s sense of adventure extends to the lyrics. “‘Tis a Pity She Was a Whore,” which is powered by a hip-hop beat and free-form sax, gets its title from a 17th-century play written by English playwright John Ford, and the lyrics to “Girl Loves Me” come from Polari, a form of British slang used by gay men in mid-20th-century London.

“He also took some words from A Clockwork Orange,” says Visconti. “The lyrics are wacky, but a lot of British people, especially Londoners, will get every word.”

The title track repeatedly refers to a “solitary candle.” “He told me it was about ISIS,” says McCaslin. “It’s just an unbelievable tune.” (McCaslin’s ISIS assertion is news to Guiliana and Visconti, who say they have no idea what the song is about.)

Bowie wrote one song in the studio, the ballad “Dollar Days.”

“One day, David just picked up a guitar,” says McCaslin. “He had this little idea, and we just learned it right there in the studio. I didn’t even remember it until months later when someone told me it was on the album.” Visconti loves the finished version. “It’s the lush track on the album,” he says. “It has strings and gorgeous backing vocals. It’s beautiful.”

The album ends with the soaring “I Can’t Give Everything Away,” featuring amazing guitar work by Ben Monder. “I don’t know what the song is referring to,” says Visconti. “But what he gives away is what he writes about. I think a lot of writers feel like, ‘If you want to know about me, just study my lyrics.’ That’s why he doesn’t give interviews. He’s has revealed plenty in past interviews, but I think his life now is about his art. It’s totally about what he’s doing now.”

LCD Soundsystem founder James Murphy plays percussion on two tracks, though his role on the album was originally going to be much more significant.

“At one point we were talking about three producers for the album: David, James and myself,” says Visconti. “[Murphy] was there for a brief time, but he had his own projects to go off to.” Adds Guiliana, “His role was never really defined. He brought in some synths and some percussion and had a ton of ideas.”

When the band finished tracking in March, Bowie and Visconti recut most of the vocals, giving them a ghostly effect throughout the 42-minute record.

“That’s the hallmark of the way we work,” says Visconti. “He sounds really good when we do this effect called ADT, automatic double-tracking. Then we fooled around with some rippling, repeat echoes. They’re all custom-made effects.”

To promote the “Blackstar” single, Bowie shot a surreal short movie where he portrays a blind prophet in space who comes across a group of scarecrow figures getting crucified.

“I think I started crying when he called me,” said director Johan Renck at a Brooklyn premiere event. But that video might be the last sustained glimpse Bowie fans get for now. “I don’t think he’s ever going to play live again,” says Visconti. “If he does, it will be a total surprise.”

Bowie is clearly determined to let the album speak for him.

“When he put out albums like Heroes and Low, no one was doing anything like that,” says Visconti. “And then he gave birth to the New Romantic scene. He’s a genre-breaker, and I can’t wait for the ★ imitation albums to start coming out.”