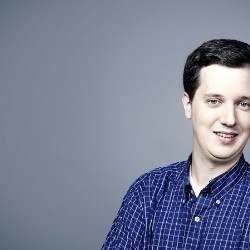 Editor’s Note: MINOR SPOILER WARNING for those of you who care about “Star Wars” and still haven’t seen the new film.

It was just one item among the many, many pieces of “Star Wars” merchandise, but it caused a big uproar on social media.

The latest edition of “Star Wars” Monopoly, which includes two game pieces from the light side and two from the dark side of the Force, set off the hashtag #wheresrey over the past few days.

The two characters used to represent the light side were Luke Skywalker, naturally, and Finn from the latest installment, “The Force Awakens.”

In something of a twist, however, it’s Rey who emerges as the hero of the film after Finn is defeated in a lightsaber battle by Kylo Ren (who is one of the dark side game pieces with Darth Vader).

The absence of Rey in the game was a controversy started by Jenna Busch, founder of the fan group “Legion of Leia,” and her friend Carrie Goldman followed suit using the hashtag.

“When [Goldman’s daughter] Annie Rose became outraged that Rey was not included in Star Wars Monopoly, it was a no-brainer for me to include the hashtag of #WheresRey when I tweeted Annie Rose’s letter to Hasbro,” she said.

At that point, the movement really gained steam on social media, gaining support from, among others, “Twilight” director Catherine Hardwicke and “Star Trek” actress Chase Masterson. This all prompted a response from Hasbro on Monday.

I want to live in a world where @CarrieMGoldman's kids are the kind of sisters everybody's talking about. #WheresRey https://t.co/3g1QcLo1EZ

“We were surprised and happy that Hasbro was engaging in the dialogue with us,” said Goldman, who has been something of a “Star Wars” and diversity activist over the past few years, along with her children.

Hasbro explained that she was not included to avoid spoiling that she ultimately faces off with Kylo Ren (the trailers implied that Finn was the ultimate hero of the story).

“It was very evident that [director] J.J. Abrams and Lucasfilm were doing everything possible to make sure that no spoilers were released in any shape or form,” said E.V. Kwun of Sonsofgeekery.com.

“For example, there were figures that were released at the Disney Store that didn’t include specific accessories due to it revealing major plot points in the film,” but updated figures are starting to appear on shelves.

“Their initial response wasn’t satisfying to us, but we wanted to keep a respectful discussion going,” said Goldman.

By Tuesday night, Hasbro announced that Rey would be included in the next edition of “Star Wars” Monopoly.

“You can ask Hasbro why they didn’t just hold off on releasing the Monopoly set until after the film release, but of course, the answer is that there was pressure to put as much ‘Star Wars’ product on the shelves for the Christmas shopping seasons,” Kwun explained.

Even so, this brouhaha was about more than a board game.

“It is a continuation of a disturbing trend,” said Goldman.

“My older daughter, now 12, has had a very hard time finding Black Widow merchandise. She is a huge ‘Avengers’ fan, and we have been very frustrated over the underrepresentation of Black Widow in ‘Avengers’ toys and clothing.”

Indeed, #wheresblackwidow was similarly used this past summer.

Jill Pantozzi, editor-in-chief of TheNerdybird.com, agrees that there has been a trend of leaving out female characters in merchandise but sees improvement with “Star Wars.”

“There were nowhere near this many of Black Widow or Gamora in the last few years [as opposed to Rey figures],” she said.

“I think a lot of fans had high expectations for what would come out of ‘Force Awakens’ considering Rey is the lead and that’s entirely justified. But the Internet wants everything ASAP and so when it appears companies aren’t listening to already proven money making opportunities, anger is a logical response.”

Pantozzi was pleasantly surprised that Hasbro responded, because such a large company could have just ignored the complaints.

She was able to locate dozens of Rey products online and posted about many of them. Pantozzi also points to the demand for Rey merchandise since “Star Wars” products were released in September.

“While there was a lot to be had online, physical stores just didn’t have Rey stocked to meet the demand. And regular consumers weren’t aware these kinds of situations exist.”

A similar situation also cropped up in August 2015 when Target made the decision to stop labeling toys by gender.

“If you put toys down in front of kids and don’t give them labels, they’ll play with all of them and I think some companies are finally becoming aware of that,” said Pantozzi.

“I think the way we market items has changed and will continue to change to be inclusive, but the trickle down from our media plays a big role. More women in lead roles mean more toys of women. And everyone is allowed to play with them.”