Rapper Mac Miller, who made waves with his 2011 Billboard-charting hit “Donald Trump,” has put any ambiguity about his feeling towards the billionaire mogul to rest in a bombastic bash, tweeting “Just please don’t elect this m—–f—– man.”

The Pittsburgh rapper’s “Donald Trump” hails Trump’s “I’m really rich” attitude and describes one who possesses a Trump persona, perhaps Miller himself, as the “flyest m——f—– in the room.”

But alas, Miller’s admiration for the billionaire mogul has run its course. 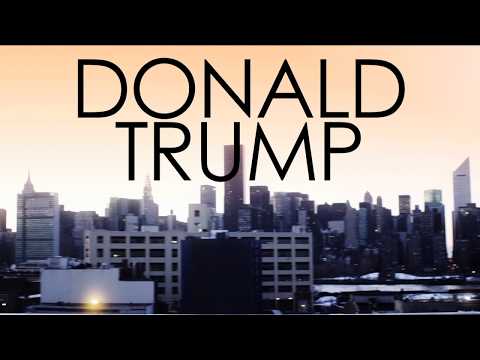 In a passionate Twitter tirade, Miler expressed his support for the #BlackLivesMatter movement, and slammed some of his white fans who have not “done anything” to support activists in light of police brutality.

READ: What hip hop lyrics tell us about Donald Trump

“Dear White People who listen to rap music… What have you done for the #BlackLivesMatter movement,” tweeted Miller. “

The rapper sarcastically tweeted, “I don’t know why I got that serious there. Back to fart jokes and raps about drugs. Because obviously I don’t think about this worlds future,” before slamming Trump, who has repeatedly come under fire for the handling of #BlackLivesMatter protesters at his rallies.

RELATED: Donald Trump on protester: “Maybe he should have been roughed up”

“Just don’t forget about the ridiculously large amount of humans who are down to have Donald Trump be present. There is work to do,” Miller tweeted.

But his biggest diss of Trump came when one of his fans tweeted “you must’ve forgot about the large number of your fans that are voting for trump.”

“I’m terrified that may be a true statement, but I don’t think so. I hope not,” Miller tweeted later adding “Just do you man,” “LOVE EACHOTHER” and “Just please don’t elect this m—–f—– man.”

Miller’s relationship with the man for whom he once named an anthem has been tumultuous to say that least.

When “Donald Trump” the song came out in 2011, Trump threatened to sue the rapper, whom he refers to consistently as “Little Mac Miller” on Twitter, for using his name without permission.

When Miller got word that Trump was floating the idea of running for president in 2013, he expressed regret over naming his hit after Trump, saying, “When he started running for president I was like, ‘Oh, f——this is horrible, I have a f—— song with this dude’s name and now he’s being such a douchebag.’”

Trump was not pleased, firing off a series of tweets slamming “little” Miller and calling him an “ungrateful dog.”

He also posted a Vine, criticizing the rapper’s “crummy gift,” and added that he would “rather have the money.”

Trump has, however, noted how many plays the song has on Youtube - more than 100 million - and boasted about it as recently as July in interviews and on social media. Trump also posted a video, referring to Miller as “the new Eminem.”

“A lot of people are calling me about the Mac Miller rap song. Now, it’s named ‘Donald Trump.’ Maybe you should pay me a lot of money, but it just did over 20 million people, tuning into Mac Miller. So in one way, I’m proud of him. I haven’t actually seen the language … Probably, it’s not the cleanest language you’ve ever heard … But the ‘Donald Trump’ song just hit over 20 million, that’s not so bad. I’m very proud of him.”