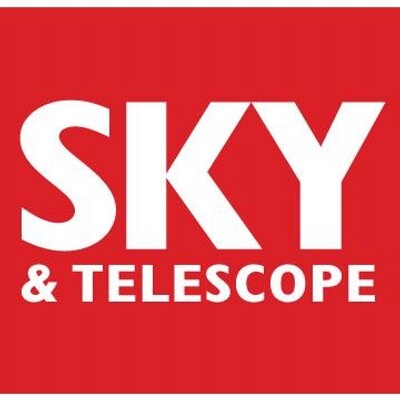 The Geminid meteor shower competes with August's Perseids for showiness — yet it's not nearly as well-known. The Geminids are easier on your sleep schedule, too. Their radiant (near Castor in Gemini) climbs as high by 11 p.m. standard time (45 degrees above the local horizon) as the Perseid radiant does by 2 a.m. daylight time on the peak Perseid nights. The higher the radiant, the more meteors you'll see.
The Geminid meteors can flash into view anywhere in the late-night sky when the shower peaks in mid-December. But if you follow their paths back far enough, they all appear to diverge from a point in the constellation Gemini.
The International Meteor Organization (IMO) predicts that the Geminids should reach an impressive zenithal hourly rate of 120 this year. (ZHR is how many meteors you'd see see per hour in a very dark sky if the radiant were at the zenith. This year the peak should be centered on roughly 18h Universal Time on December 14. Unfortunately, that's 1 p.m. EST and 10 a.m. PST. So in North America the shower's performance is likely to be similar on the nights of December 13-14 and 14-15.
This week's sky at a glance
As the IMO notes, "Near-peak Geminid rates persist for almost a day, so much of the world has a chance to enjoy something of the shower's best." In addition, "mass-sorting within the stream means fainter telescopic meteors should be most abundant almost a day ahead of the visual maximum," and the meteors after maximum are typically brighter than average.
Read More
The moon will be a waxing crescent a few days old, no trouble at all.
Early in the evening the radiant will still be low in the east; it rises around the end of twilight. So soon after sunset Geminids will be few, even if observers are seeing lots of them a quarter of the way around the world where the radiant is high up. But if you do catch an early-evening Geminid, it will be an unusually long, dramatic earthgrazer flying far across the sky as it skims the upper atmosphere.
Bright spots on Ceres: Mystery solved?
Geminids travel relatively slowly as meteors go. They arrive in Earth's vicinity at 36 kilometers per second, compared to the Perseids' 60 and the Leonids' 71. In fact, the Leonids arrive nearly as fast as any solar system object can ever pass Earth (faster objects would escape the solar system completely). The particles making up the Geminid stream have been shed by the asteroid 3200 Phaethon, considered by some researchers to be a "rock comet."
Plan your Geminid watch
The only drawback to the Geminids is the cold! Since you'll want to stay outside for an extended period, consider this an exercise in astronomical planning. Add layers under your coat and pants, and bring a blanket or sleeping bag.
Kepler's giant exoplanet candidates -- real or not?
Scout a spot with an open view overhead and somewhat to the east, with no lights in the edge of your vision. Lie back and gaze into the sky's darkest part, preferably inclining a bit toward the radiant. Be patient. You might see a meteor per minute on average after 10 p.m. under a dark sky, fewer under suburban light pollution. Under a truly black sky after midnight you'll see meteors at nearly the zenithal hourly rate, perhaps approaching one every 30 seconds on average.
You can do a scientific meteor count for reporting if you've got at least a moderately good sky and have an hour or more to commit. You'll need to follow the IMO's standardized methods. These include determining the faintest stars you can see by eye in the area of the sky you're watching. You'll want to keep track of the Geminids you see, but be alert for "sporadics" — random meteors moving in directions other than from the Geminid radiant.
Be prepared to record your latitude and longitude, the time every half hour or so, any minor obstructions by clouds or trees, and time spent looking away from the sky. IMO administrators use these details to correct your observed rate to the ZHR. This way, hundreds of observers' counts from around the world can be compared to track what the shower is doing from hour to hour.

Reprinted with permission of Sky and Telescope.