Sean Paul and Natasha Bedingfield get political on climate change

The latest in a CNN Politics original series

As negotiations at the United Nations Conference on Climate Change in Paris went into overtime Thursday night, with world leaders, including Secretary of State John Kerry, spent a sleepless night trying to reach a compromise, an international group of artists tried to help the leaders along with a live performance of their “Love Song to the Earth.”

Reggae artist Sean Paul and singer Natasha Bedingfield have joined forces with other artists like Paul McCartney and Jon Bon Jovi to issue a call to action to combat climate change. They released a song called “Love Song to the Earth” to raise awareness about the issue. 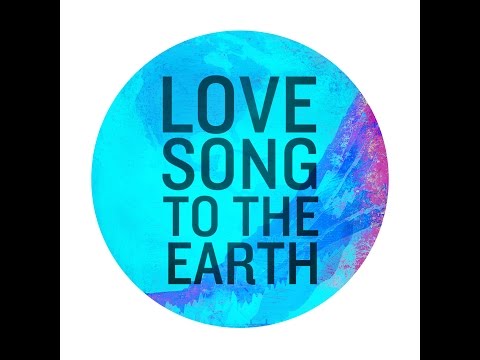 “I think it’s important that all of us speak up as much as we can with our own voices,” said music producer Toby Gad, who brought the artists together.

The song is co-written by Gad, Bedingfield, Paul and John Shanks. Gad has written and co-produced international hits like Beyoncé ‘s “If I Were a Boy,” John Legend’s “All of Me” and Fergie’s “Big Girls Don’t Cry.”

Their efforts to bring attention to the environment comes as the urgency of the issue has been escalated globally, with calls from world leaders like President Barack Obama and Pope Francis, who said that that a global “revolution” is needed to combat climate change.

The COP21 negotiators are now hoping to announce a global agreement to curb greenhouse emissions is due Saturday – a day after it was expected.

Past midnight in Paris for #COP21. Everyone working hard. A critical moment, an opportunity we can't afford to miss. pic.twitter.com/LoardSMd85

“Past midnight in Paris for #COP21. Everyone working hard. A critical moment, an opportunity we can’t afford to miss,” tweeted Kerry. And French Foreign Minister Laurent Fabius, the chair of the summit, said “We are moving in the right direction.”

Bedingfield said that climate change is a “moral issue,” adding “It is our hope that this song will support the politicians who are fighting for these changes and will rally people everywhere to take it personally and get involved in solutions, and also to encourage young people that protecting our planet is worthwhile and possible.”

Gad adds that climate change is only political in the sense that politicians have the responsibility to address the problem, and climate change skeptics “only care about money” and pleasing the oil companies.

“I don’t want to leave this earth and know that … I didn’t do anything to help that situation that {my children, my grandchildren} are inheriting from me,” Paul told CNN.

Watch the video above to hear Gad, Bedingfield and Paul talk about how climate change has impacted their countries and check out more form the series.