The Beatle would have been 75 this year

The CNN Special Report, “Killing John Lennon,” airs Tuesday at 9 p.m. ET. The following article is a revision of a story run in October for Lennon’s 75th birthday.

In October, we celebrated John Lennon’s birthday, remembering the musician who would have been 75 years old this year.

But grief and memory being what they are, we can’t help but also remember his death, 35 years ago Tuesday.

CNN explores the life and death of Lennon in a special report Tuesday at 9 p.m. ET.

Lennon has now been dead almost as long as he was alive. An entire generation has elapsed since then.

The anniversary can’t help but make you wonder. What would he make of our time? Would he have reveled in electronica and hip-hop the same way he rejoiced in the B-52s? Would he have joined the Beatles “Anthology” project – 20 years ago! – or dismissed it as “garbage”?

Would he and the other Beatles have played together again? What about his sons, Julian and Sean? Or his politics? Who would John Lennon be now?

We can mourn AND celebrate, of course.

The mourning lies in the shock of the event, a man cut down in his prime just as he was reemerging as a public figure. Listen to Elton John’s “Empty Garden” or Paul Simon’s “The Late Great Johnny Ace” or his old partner Paul McCartney’s “Here Today” and you are once again thrust back into those dark days of December 1980, when time seemed to stop and the streets were filled with thousands of keening, sobbing followers. 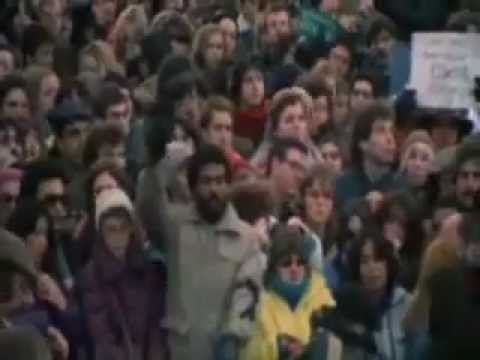 But let’s not forget to celebrate his talent and his joy.

And why not? Lennon left plenty to celebrate: his songs, of course, from “A Hard Day’s Night” to “Strawberry Fields Forever” to the joyful, post-Beatles contentment of “Double Fantasy.” There’s also the introspection of his interviews, the literary wit of such books as “In His Own Write” and a variety of artworks.

Lennon’s widow, Yoko Ono, thinks her late husband would have remained quite the Renaissance man, as pithy on Twitter as he was loquacious on “Dick Cavett.”

“It’s as if (social media) were made for John,” Ono told the Newport Beach (California) Daily Pilot in March. “Oh, he would be on a computer all day and night.”

And with John Lennon, what better way to remember?