Who will you blame once Obama’s gone? 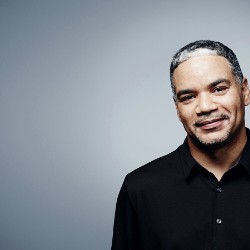 The scene opens with a pudgy white man plopped on a couch, watching TV with a bowl of Cheetos on the coffee table.

As he reaches for the remote, disaster strikes. He knocks over the bowl, and his Cheetos spill on the floor. The man throws his head back in operatic despair and raises his hands to heaven as two words appear on the screen:

Yep, thanks President Obama. You ran for office vowing to unite us, but instead you gave us race-baiting, race riots and Black Lives Matter. You turned the promise of a post-racial era into one of the most racial periods in American history.

At least, that’s the standard Obama critique that the viral Cheetos GIF mocks with its sarcastic caption.

Barack Obama is indeed seen as one of the most polarizing presidents in American history, according to numerous polls. Much of that polarization revolves around race. The author Ishmael Reed calls Obama the Exorcist in Chief, someone whose mere presence in the Oval Office summoned “all the demons of American racism … from the sewer.”

What’s going to happen to those demons, though, once Obama leaves office? Will racial tensions ease once his term ends? Or is racial strife the new normal?

A recent CNN and Kaiser Family Foundation poll could point to an answer. The survey asked people from various ethnic groups about their impression of race relations, and their answers don’t offer much in the way of hope or change.

Most Americans told the CNN/KFF poll that racial strife is getting worse. When asked whether tensions between racial and ethnic groups have increased during the past decade, 64% said yes, as did a majority of whites (67%), blacks (65%) and Latinos (55%).

All those numbers are up significantly from April 2001, when only 29% of Americans said tensions had worsened over the previous 10 years. They’re also significantly higher than in the wake of the Million Man March in 1995, when 47% thought tensions had increased.

But when some of this year’s respondents and other observers were asked in follow-up interviews about the source of this surge in racial tension, their answers were as splintered as the nation’s electorate.

Consider the question of whether racial strife is now the norm.

“I don’t see that stopping when Obama is no longer president,” says Steve Sailer, who writes for Unz Review and Taki’s Magazine, both started by alumni of The American Conservative. “I can imagine a white president like Hillary [Clinton] upping the ante because she doesn’t have the benefit of being black.”

Sailer says Clinton will need to talk more about racial grievances to attract minority voters because she can’t count on the strong black support that Obama enjoyed.

Democrats, he says, have decided to build a coalition of “fringe” groups by demonizing people who “have rightful reasons for representing the core of Middle America.”

That decision, however, is sparking a white backlash, Sailer warns. More whites are starting to see the need to unite like other ethnic groups.

Persistent racial tension, though, may actually be good for America, another writer suggests.

“I actually like where things are now, and I hope they don’t change until progress comes,” says Issac J. Bailey, a commentator who wrote a recent Politico essay that went viral: “I’m the GOP’s Ideal Black Voter.” Bailey is also author of the book, “Proud. Black. Southern. (But I Still Don’t Eat Watermelon in front of White People).”

“We are confronting issues instead of walking around in a kind of phony peace,” Bailey says. “That’s not a bad thing.”

Then there is the question of blame. How much responsibility for increased racial tension rests with Obama? Could he have done anything at the beginning of his first term to reduce them? The answers are also varied.

Accusations that police use excessive force against African-Americans, for example, now can get far more attention – far more quickly – than ever.

Eduardo Bonilla-Silva, a professor of sociology at Duke University, calls it part of the “new racism.”

Communities of color across the country can more easily connect, according to Bonilla-Silva, and people are picking up on patterns that scholars have long discussed.

“People are doing Sociology 101. They can connect Walter Scott, the assassinations of black folks in a church, the slamming of a girl in a school,” he says. “And then it’s across the nation. People are then connecting the dots and saying, ‘No more.’ “

Obama ran as someone who could transcend the nation’s racial divisions, many people interviewed for this story said. He declared during his keynote address at the 2004 Democratic Convention, “There is not a liberal America and a conservative America. There is a United States of America.”

And during his 2008 speech on race in Philadelphia, he said, “Working together we can move beyond some of our old racial wounds, and that in fact we have no choice if we are to continue on the path of a more perfect union.”

When, though, was the last time you heard someone seriously talk about the onset of a “post-racial America”? For some people, revisiting that term is like unearthing love letters they wrote as a teenager: embarrassing.

The letdown over the post-racial promise many hoped Obama’s election would bring was memorably captured in an open letter Beth Reinhard wrote for the National Journal in 2013 under the headline, “Barack Obama: A Divider, not a Uniter.” She wrote:

We thought you were different, but you turned out to be like all the others. You promised hope and change … but the red states and blue states are farther apart than ever. … How could you

Signed,
Hopeless and Changed (for the worse)

One poll respondent didn’t have his heart broken because he never believed in Obama in the first place.

Stumbling toward a multiracial future

Robert Randall, who lives in Hillsborough, North Carolina, said in the CNN/KFF poll that racial tension had increased during the past decade. When asked why, he blamed it on Obama.

Randall, 68, ticked off the reasons: Obama did nothing when Black Panther Party members intimidated voters at a polling station during the 2008 election; he sent an entourage to the funeral of Michael Brown – a black man whose death in Ferguson, Missouri, sparked protests in 2014 – but sent no one to the funeral of a U.S. Army recruiter shot to death in Arkansas five years earlier; and he took the side of a black Ivy League professor, Henry Louis Gates, who was arrested in his home by a white police office, before getting the facts.

“He shows sympathy toward blacks,” Randall, who is white, says of Obama. “He’s done that in several instances. He whines about you don’t know what it’s like to be black.”

Randall says the character of Americans has eroded under Obama. He says no one in his family got divorced and everyone worked hard when he was growing up. Randall put himself through college by working in a textile mill. But under Obama, he says, the government wants to tax corporations and the wealthy to support social programs that coddle the moochers.

“When you introduce socialism in this country, it sends a message that you can take money from the hard-working people and give it to the slackers,” he says.

“I don’t think anyone can look objectively at where we sit as a country now and say that we’re better off than we were seven years ago on the issue of race in America with Barack Obama as president,” Christie told CNN’s Jake Tapper on “The Lead.” “In fact, I think he’s made it worse.”

Christie also said Obama has not succeeded in his promise to bring the country together, something Obama campaigned on in 2008.

“We all had great hope, all of us, even those who didn’t vote for him – and I didn’t – in 2008, had great hope that the first African-American president would help to heal some of the divides that we have racially in this country.”

A New York scholar and activist, though, says blaming Obama for a rise in racial venom is ludicrous because he’s been the primary target.

Mark Naison, a professor of history and African-American studies at Fordham University, says some whites are angry because their portion of the country’s population is shrinking. As the country gets browner, they get angrier.

“They think this is their country, and they’re really special,” Naison says. “These tensions are going to get worse. We’re stumbling toward being a more multiracial society with everyone’s culture respected and everyone having a shot at leadership.”

Naison says he’s not surprised by the surge in racial tension. He saw signs of it while campaigning for Obama in 2008.

“I’m never surprised at the depth of racism in America,” he says. “The depths of it are limitless. There is a well you can dig into if you are white that justifies almost any level of abuse that you can direct at a black person that challenges your comfort zone.”