Cynthia Robinson, Sly and the Family Stone trumpeter, dead at 71

Along with her distinctive trumpet, you hear her command that you "get up and dance to the music" in their signature hit

Cynthia Robinson, whose brassy, forthright trumpet lit up Sly and the Family Stone songs such as “Dance to the Music,” “Life” and “Hot Fun in the Summertime,” died Monday, the band’s publicist confirmed. She was 71.

“Friends, Family and Fans throughout the world, Cynthia Robinson, Trumpeter and Co-Founder of Sly and The Family Stone has passed,” the post read. “Our condolences go out to the Robinson Family and her bandmates and all family & friends.”

And her voice was unmistakable. That’s her you hear saying, “Get up and dance to the music” in the opening of “Dance to the Music.”

Sly & The Family Stone — Dance to the music YouTube 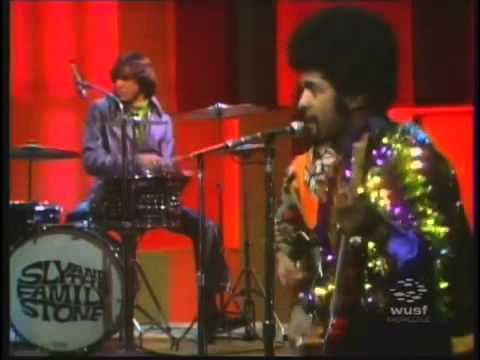 “Cynthia’s role in music history isn’t celebrated enough. Her & sister Rose weren’t just pretty accessories there to ‘coo’ & ‘shoo wop shoo bob’ while the boys got the glory,” wrote Questlove in an Instagram tribute. “Naw. They took names and kicked ass while you were dancing in the aisle.”

The group – which consisted of Sylvester “Sly Stone” Stewart, his brother Freddie and sister Rose, Robinson, Larry Graham, Greg Errico and Jerry Martini – pulled from R&B, jazz, psychedelia, old-time music hall (“Hot Fun” had “piano triplets so corny they could have been composed by Booth Tarkington,” rock critic Dave Marsh wrote in “The Heart of Rock and Soul”) and straight-up rock ‘n’ roll.

For a time, they were the biggest band in the country, with an appearance at Woodstock and a trio of No. 1 records, their diversity considered symbolic of the era’s youth.

“The message was as integrated as the music,” Phillip Naylor, a Marquette University professor, told CNN in 2007.

The family did break up, driven apart by drugs and Sly Stone’s sometimes erratic behavior. But Robinson stayed loyal, playing with Sly as well as bassist Larry Graham’s Graham Central Station, according to The Root.

She was on tour this past summer with the Family Stone, and the reclusive Sly even dropped by. The two had a daughter, Sylvette Phunne Stone, who survives her mother. Robinson is also survived by daughter Laura Marie.

Jerry Martini, the Family Stone’s saxophonist, told Billboard she was a pioneer.

“She covered a lot of ground,” he said. “She was the first female trumpet player and the first African-American trumpet player in Rock and Roll Hall of Fame. She wasn’t in the back. She was out front telling you to get up and dance to the music, and she could blow with the best of ‘em, always.”