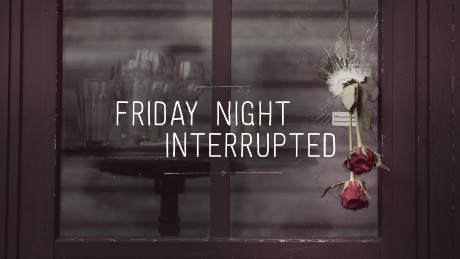 Survivors of the carnage in Paris: What they saw, what they felt, and what they carry

By CNN's Bryony Jones in Paris
and Jessica Ravitz in Atlanta

Paris (CNN)One woman curled into a fetal position and held her breath as bullets flew. Another took the hand of a stranger dying in a pool of blood. A man pulled a blanket up to warm a young girl's feet, only to see the fatal wound on her side.

The terrorist assault on Paris killed 130 and injured hundreds more -- most at a rock concert at the Bataclan, others while unwinding at restaurants, cafés and a bar.
The attacks also left thousands reeling -- their minds scarred by indelible images and grief. Here are their stories, in their own words, of a Friday night interrupted.

Denys Plaud was inside the concert hall to hear his favorite rock 'n' roll music when the shooting started.
Read More
"I heard the sound of firecrackers mixed with screams and I realized something scary was happening.
"I ran up the stairs to the third floor and found a small room up there; I was followed by others who were also trying to hide, so it quickly became full.
"We closed the door and put a fridge that was in the room up against the door to make it difficult for the terrorists to open it. Then we called the police and said, 'There's an emergency, terrorists are shooting, please come!'
"They told us to stay in the room and not to come out until the emergency response team arrived, so we turned off the lights and our phones.
Denys Plaud says his love of dancing saved his life.
"We were in there for an hour and a half; there was shooting and then silence, shooting, then silence.
"Eventually we heard the terrorists shooting very close to the room where we were. Bullets hit the wall that I was next to, and I felt the impact. I kept thinking, 'I hope the wall will stand.'
"One of the bullets hit a pipe or something so there was water pouring down, and one of the girls in the room was wounded; it was very, very long and difficult, and even in the last hour when there was no shooting we followed our instructions and waited in the darkness.
"When the police, the emergency team, finally came they said, 'Don't look around, keep straight.'
"They told us not to look around, but [it] was a bloody mess, there was blood everywhere -- even people alive were covered with blood.
"I saw dead corpses all over the place -- it was like a battlefield, a bloody battlefield.
Eagles of Death Metal perform at the Bataclan moments before the attack.
"The police made us walk close to the wall in case there were other terrorists around, and they led us into a courtyard nearby.
"The inhabitants of one of the homes around the courtyard were very kind. They provided me with clothes because I had been dancing with a bare torso -- it was very warm inside -- and I left everything behind.
"I love to dance while listening to rock 'n' roll music. That's probably what saved my life. I had thought to myself, 'Let's go up to the balcony, there's space up there, you'll be able to dance,' and it meant I was not in the direct line of fire from the terrorists' machine guns.
"I love to dance, and that saved my life."

'OK, this is the end ... I'm ready to die' Jerome Lorenzi The Bataclan

"I was with my ... friends and I said, 'Lay down. And don't move. Don't touch. We need to stay calm, as calm as we can.'"
In seconds, one of the gunmen was behind him.
Jerome Lorenzi says he asks himself, "I'm alive ... Why me?"
"He was a normal person, like you and me. You cannot imagine the guy wanted to kill so [many] people.
"This is scary, because he could have been your neighbor. He was reloading his weapon and shooting. ... They did [this] about three, four times.
"One of my friends on my left was saying, 'I need to see my daughter and my wife. I cannot die. It's important to stay alive for them.'
"I don't have any children. And I was just telling myself, 'OK, this is the end. So just how you are going to go away from this world to death. Do you want to be in stress, or do you want to be like calm and having a kind of serenity?
"I closed my eyes and spoke to my father, who died three years ago. And then I said, 'OK, I'm ready to die.'
"The guy shot my two friends on the right side and he missed us, and he [shot] between my friend on my left side and myself."
Lorenzi said two things will stick with him always: the smell of the gunpowder and the sounds of the Kalashnikovs.
"It's in my mind, turning, turning, turning in circles. And saying, 'Wow, I'm alive. ... Why me? Why me instead of another person?'"

John Leader and his son Oscar
John Leader was at the concert hall with his 12-year-old son, Oscar.
John: "We heard this bang, bang, bang, and like everybody else, we thought it was fireworks or part of the show. And then I felt something go past my ear. ... Was it a bullet or something? I didn't know what it was.
"Everybody threw themselves on the ground. Because I stuck my head up ... to see what was going on, I saw two shooters. One was changing his magazine. He had a whole lot of magazines in front of him. He had a big vest on."
<div class="zn-body__paragraph" data-paragraph-id="paragraph_07F99FDC-3794-23A4-6C9E-