When it came to being involved with new film, "I'll go my way, and I let them go their way"

A long time ago in a movie industry far, far away, George Lucas was an experimental filmmaker.

And then came “Star Wars,” and it took over the Hollywood galaxy – and Lucas’ life.

“You go to make a movie and all you do is get criticized,” Lucas told Vanity Fair. “People try to make decisions about what you’re going to do before you do it. It’s not much fun. You can’t experiment. You have to do it a certain way.” 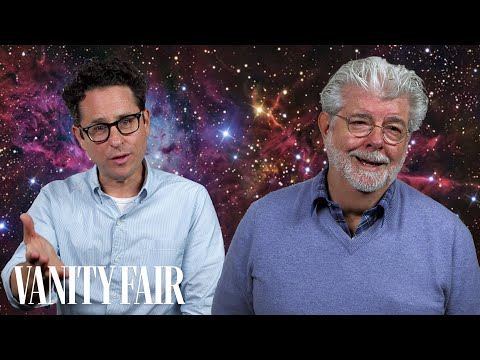 He expanded on his remarks to CBS News.

“The issue was ultimately, they looked at the stories, and they said, ‘We want to make something for the fans,’ ” Lucas said, presumably referring to Disney, which purchased Lucasfilm – including the “Star Wars” franchise – in 2012. “People don’t actually realize it’s actually a soap opera, and it’s all about family problems; it’s not about spaceships. So they decided they didn’t want to use those stories. They decided they were going to do their own thing, so I decided, ‘fine. … I’ll go my way, and I let them go their way.’ “

Lucas had little involvement in the forthcoming film, “Star Wars: The Force Awakens.”

It’s not the first time Lucas has bristled at the way his creation has become fan property. When the original trilogy was issued on DVD several years ago, he tweaked the special effects. More shockingly – at least to many fans who love the bad-boy edge of Han Solo – when “Star Wars” was released in a 1997 re-release, he changed the film to show that Greedo, not Han, shot first in the cantina scene.

Certainly, Lucas is comfortable enough to do what he wants. The director who started out idolizing Akira Kurosawa, wrote an early treatment of Francis Ford Coppola’s “Apocalypse Now” and made his first film, “THX 1138,” about dehumanization can go back to his experimental side. The catch, he told Vanity Fair, is that nobody wants to see experimental films these days.

He says he plans to direct movies, “but not movies that will be shown anywhere.”

And “Star Wars”? Well, perhaps his response to one Vanity Fair question sums everything up.

Asked whether he could be any character in “Star Wars,” he first noted that he liked all the characters and then didn’t hesitate.