Adele’s ‘25’ drops, and we are completely in our feelings

3.6 million physical copies are shipping out in the U.S.

Some have said Adele’s music can make you miss the lover you haven’t even met or broken up with yet, and judging by social media, lots of folks are going to need a minute.

Listening to these songs in a row: Love In The Dark, Million Years Ago, All I Ask @Adele #Adele25 pic.twitter.com/hYtSDxbT49

“Technically, Adele has already made this album, two times over,” Desta writes. “She’s swept us off our feet before, stirred our souls so powerfully that ’25’ is not collectively as game-changing as some might want it to be.”

The new album follows 2008’s “19” and 2011’s “21.” Industry insiders are watching to see whether the Grammy-winner breaks records this time around.

According to Billboard, Columbia Records planned to ship 3.6 million physical copies of the singer’s new album in the United States, making “25” the album with the most new-release CDs shipped in the past decade. Music sales have fallen off over the past few years, and no one has posted numbers like that since 2000, when *NSYNC’s “No Strings Attached” shipped 4.2 million units.

The album is sure to be a welcome relief to those who have been obsessively listening to the first single, “Hello.” It’s only the fourth single to rack up more than 400,000 digital sales three weeks in a row. 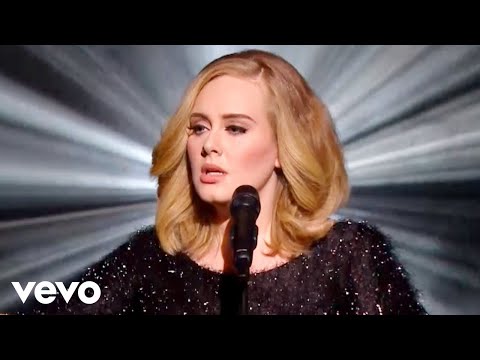 But streaming customers will have to content themselves with just that single, as Adele’s not allowing her album to be released on streaming services.

It’s a move similar to that of Taylor Swift, who pulled her music from Spotify. With melancholy melodies about heartbreak and massive sales, expect lots of comparisons between Adele and Swift, especially from those predicting that the British singer will topple America’s sweetheart as the darling of the music industry.