A dispute arose on social media, with some online defending the fans

A moment of silence at a soccer game has grown into a dispute on social media, as video of that moment has gone viral.

Just before Tuesday’s match in Istanbul between Turkey and Greece (a pair of countries with a rocky history), a moment of silence was observed for the 129 people who lost their lives in the terrorist attacks in Paris last Friday.

But listening to the video, one can pick up on the fact that it’s anything but silent.

It’s hard to hear what’s happening in the video, but according to reports from Reuters and CBS, some fans of Turkey’s team booed, hissed and chanted phrases such as “Allahu akbar” (which was said by the terrorists during the attacks and earlier this year during the attack on Charlie Hebdo in Paris).

Social media was quick to condemn the fans.

To be honest I know I've bet on turkey but after seeing the fans boo the minute silence for France I hope they lose. #noRespect

Turkey fans boo during moment of silence for Paris victims before soccer match with Greece today. Disgusting and barbaric.

A similar incident took place in October as a moment of silence for the victims of the bombings in Ankara, Turkey, was met with jeers.

There was a backlash to the backlash as well, with some saying that the chants were actually anti-terror and nationalist slogans.

In any case, the coach of Turkey’s team took his fans to task.

“We shouldn’t portray ourselves like this. When our fans act like that, we will have a hard time explaining ourselves to the rest of the world,” said Fatih Terim.

“Why can’t we show just a minute of respect? … We are better than this. If this would have been done to us, we would be really upset. If we don’t act like we did today, we can prevent sports from being sacrificed to terrorism.” 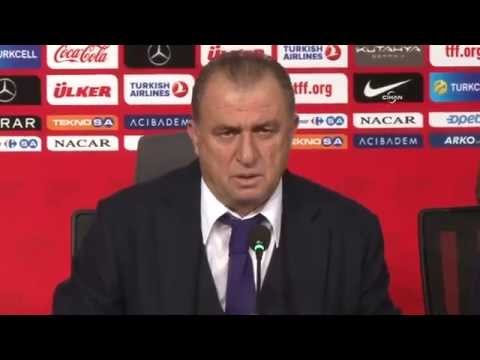